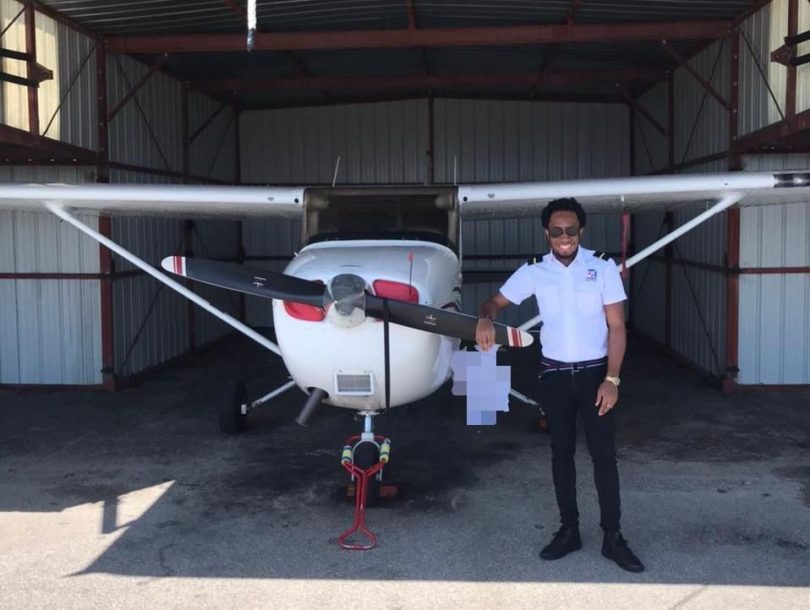 Jamaica’s Daniel Harrison has received the 2021 President’s Distinguished Graduate Award from the Community College of Baltimore County (CCBC) in Maryland. The award is presented yearly to the student who has displayed “exemplary leadership and a commitment to help others.” Harrison will be recognized for his achievement at the CCBC Commencement ceremony on Saturday, June 5, 2021. The virtual ceremony is expected to attract the participation of 400 of the almost 3,000 graduates. Harrison will give the commencement address at the event.

In 2019, Harrison’s original career goal was to become a pilot, but when the aviation training center he attended suffered a plane crash, Harrison his dreams were put on hold, and he decided to pursue an education in the United States enrolling in the General Studies Program at Community College of Baltimore County (CCBC).

After his enrollment, Harrison joined the Student Government Association, the Honors Program, Phi Theta Kappa, the English Conversation Club, and the African Student Union. He was a serious student who successfully combined all of his campus activities, a part-time job, and academic pursuits. During his time at CCBC, Harrison received a number of academic scholarships and will graduate with honors. Harrison said that when he first came to CCBC, he was intimidated, but hopeful: “I think that’s what made the experience so great — between the two feelings, hope was greater than intimidation.” He now expects to graduate with a 4.0 GPA and said that receiving the title of President’s Distinguished Graduate is “icing on the cake.”

Harrison credits International Student Services at the school with helping him to adjust to life in the United States. He also believes that participating in student government was critical in allowing him to become more confident, especially after he successfully advocated against proposed cuts to community college budgets by speaking to an audience that included the president of the college. “It built my leadership so much.”

He plans to enroll at Morgan State University in the fall of 2021. He will study Electrical Engineering and resume his pursuit of becoming a commercial airline pilot. His interest in this career has never diminished, and he has already started flight training at Middle River Aviation.

Harrison expressed his thanks to CCBC for the opportunities it gave him. He added that he feels like he is totally prepared to meet whatever life has in store for him in the future. He also thanked his family in Baltimore and Jamaica and his friends at CCBC. He gave particular thanks to Sakina Williams of CCBC, his supervisor in student government, and Sidy Tandia, a counselor at International Student Services, both of whom supported him and helped him take full advantage of his opportunities at the school.

When he gives the commencement address on June 5, Harrison plans to use pilot metaphors to tell his fellow graduates that “the sky is limitless” and they can reach new heights if they pursue their own dreams. “Me standing there delivering that speech is really the epitome of following your dreams,” he said. “I wouldn’t have been here if I never followed my dreams.”

Harrison is from Ocho Rios in Jamaica.