Sarah Greaves-Gabbadon, known to her many social media fans as Jet Set Sarah, has been named to the Forbes list of 15 Travel Writers to Read. She’s an award-winning travel journalist, writer, editor, and TV host. At 4 ft. 9.5 inches in height, the diminutive explorer has made a big impact on people around the world seeking to sojourn in the Caribbean.

The 53-year-old Greaves-Gabbadon has charmed audiences around the globe with her irrepressible enthusiasm and positivity for every locale she visits. Born in England, she spent many years dividing her time between the UK with her Barbados-born mother and her father’s native Jamaica. 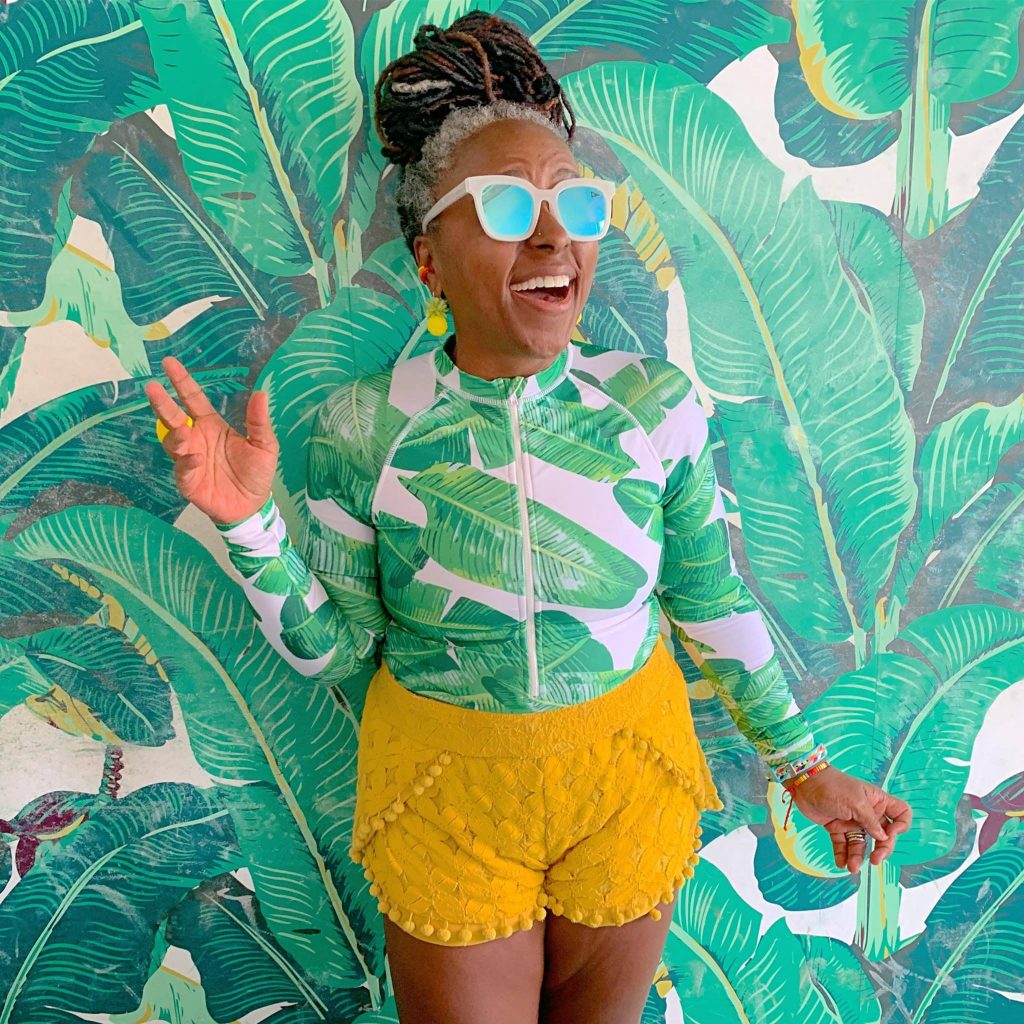 A job from Montego Bay brought her to Miami, FL to lead in-house PR for Air Jamaica. When the airline ceased operations in 2015, she worked in custom publishing. Her dream job arrived in the form of a job at Caribbean Travel + Live magazine. At the time, it was the only newsstand publication devoted exclusively to the Caribbean. It officially ended publication in 2012.

She decided to turn her hand to freelancing, writing about the Caribbean and tropical destinations until she landed a staff job. Eight years later, she’s still freelancing and has built a devoted social media following as JetSetSarah, writing about her passions – travel, style and fitness.

Greaves-Gabbadon is a writer and video artist in high demand. Her writing has been featured in high-profile newspapers and magazines from around the world. She also hosts travel videos for clients that includes Miami International Airport and has formed strategic partnerships with a variety of brands.

Her mission each time is to show people the diversity that each island possesses. Greaves-Gabbadon provides individuals with everything from travel hacks and the best places to shop – and more recently, the reopening of the Caribbean in relation to COVID-19. When she’s not blogging about the Caribbean and her experiences, she’s an editor, writer, and television host. She’s also an avid runner and competed in the New York City Marathon at the age of 47.