Jamaican, Dr. Millicent Comrie Named as One of the “Top 10” Caribbean-Born Female Physicians in U.S. - Jamaicans.com 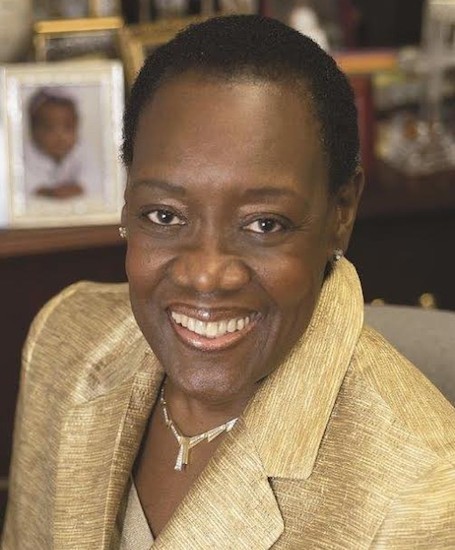 Dr. Millicent Comrie, the director of Mainmonides Medical Center’s Women’s Center in Brooklyn Heights, New York, is among the top ten Caribbean-born female doctors in the United States, receiving the title from News Americas. According to Ken Gibbs, the president and CEO of Maimonides, Dr. Comrie is an outstanding obstetrician and gynecologist, and her designation among the Top Ten female physicians in the country is an indication of the top-quality care provided at the medical center. Dr. Comrie has been practicing medicine for over 40 years, dedicating her skills to education, diagnosing and treating the complex health conditions that modern women face. She has pioneered the advanced care and surgical treatment of fibroids and been instrumental in developing techniques that allow women to avoid hysterectomy and to preserve their fertility. Dr. Comrie has combined radiologic and gynecologic methods in treating fibroids, a condition that often targets women of color. Among her other accomplishments, Dr. Comrie participates in the medical center’s Blood Management Program, performing complex surgeries that preserve a woman’s fertility and allow her to avoid using blood transfusions if her patients so request. Dr. Comrie said she was honored to be recognized and that it was very gratifying to provide comprehensive medical care to the residents of Brooklyn and other areas. The doctor recently received recognition for being a leader in the medical profession by the Society of Foreign Consuls, which represents the largest consular corps in New York. Dr. Comrie says she wants to improve women’s health and it is this desire that drives her to achieve. She believes that education represents a “strong weapon in the hands of patients, surgeons and other health care professionals.”