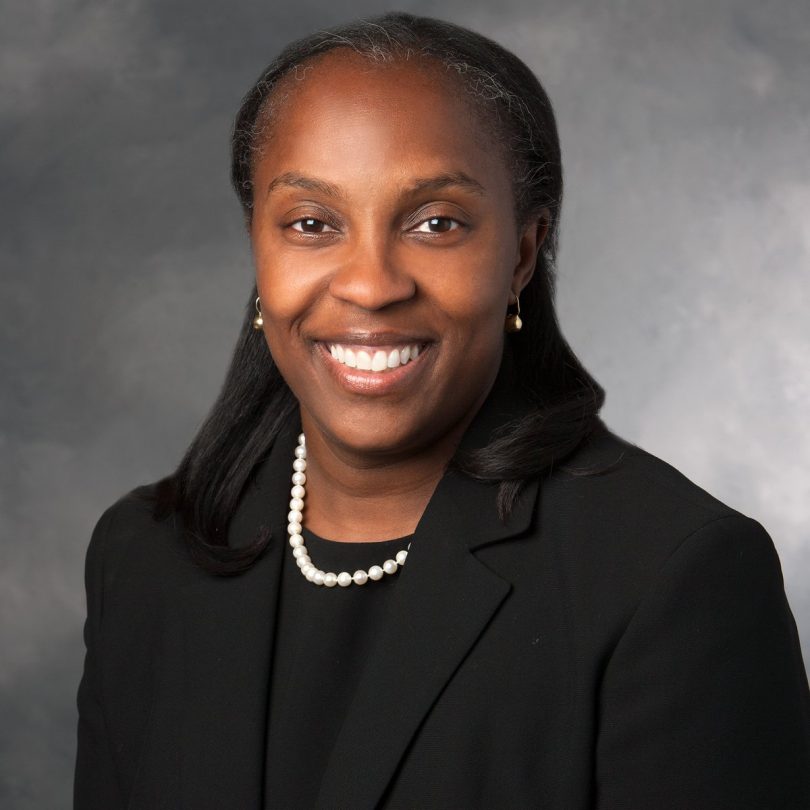 Neurosurgeon Dr. Odette Harris of Stanford University is the first black woman to become a Professor of Neurosurgery at an Ivy League school in the United States. She is also the first black woman to be named a professor of neurosurgery since Dr. Alexa Canady, a specialist in pediatric neurosurgery, rose to that position at Wayne State University in 1981. Dr. Canady worked in Minnesota and at Henry Ford in Detroit

Before her promotion at Stanford, Dr. Harris was an Associate Professor of Neurosurgery and the Director of Brain Injury at Stanford’s School of Medicine. Additionally, Dr. Harris is the Associate Chief of Staff of Polytrauma at the VA Palo Alto Health Care System and the Site Director/Principal Investigator of the Defense Veterans and Brain Injury Center in Palo Alto.

After she completed her residency, she received the William Van Wagenen Fellowship from the American Association of Neurological Surgeons. She is also a Clayman Institute Faculty Research Fellow. Dr. Harris is a graduate of Dartmouth College, receiving her MD from Stanford’s School of Medicine, where she also completed her internship and residency at the university’s Medical Center. She has an MPH from the University of California at Berkeley.

In a 2017 interview in which she hoped to inspire young girls to pursue careers in science, Dr. Harris said she first became interested in math in grade school and in high school became increasingly interested in science “as an integrated component to mathematics.” She attended an all-girls’ school and was taught science by a woman, an experience that empowered her when she decided to become a doctor.

When asked if she faced problems related to her gender in pursuing her scientific interests, Dr. Harris noted that “race and gender are inextricably linked and that Dartmouth had “a lot of issues with race” when she started as a freshman. She acknowledged that race played a role in her experience as a doctor, noting, “You’re black, you’re a woman, you’re in an all-white hospital – patients are constantly reminding you of that. I could list probably a hundred different experiences where I was asked to empty the garbage, or take out the trays, or clean out the toilets when I was just there to use the bathroom myself.”

When asked if she thinks women bring something unique to science, Dr. Harris replied, “I do, but I also think that everybody has something. In answering the question, well, should I say, I do think women have more to offer? I think we’re then discounting the male perspective. My answer is that I feel like we all have that little slither, that unique thing that we bring, regardless of what we look like, regardless of what gender we are.”

Dr. Harris, who is Jamaican, received a Scientific Award from the Caribbean Association Neuroscience Symposium/University Hospital of the West Indies in 2011.