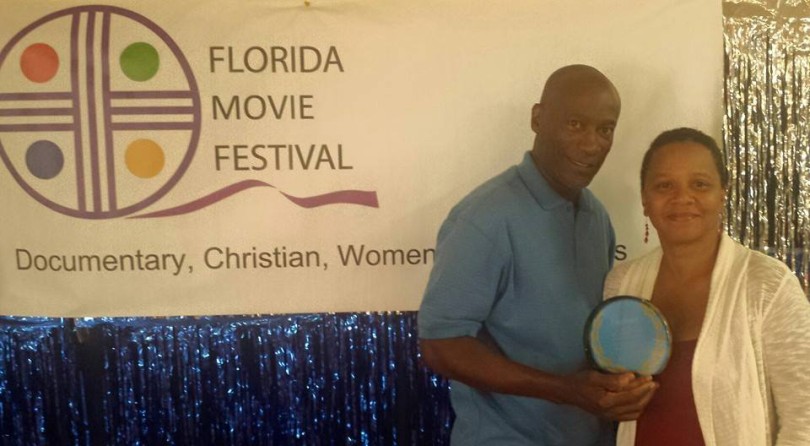 Judith Falloon-Reid, co-owner of BarriVision Productions, with the winners award from the Florida Movie Festival 2015

The Jamaican film, The Gift Everlasting, is the winner in the category women faith feature films at the Florida Movie Festival 2015.

The Gift Everlasting is set in Jamaica and produced by a small independent, family-owned film company, BarriVision Films. Based in Florida and Jamaica, BarriVision Films are the producers of the award-winning film, Just Another Friday, winner of “Best Jamaican Feature Film” at the Int’l Reggae Film Festival 2013 as well as “Most Inspirational Film” and “Best Music Score” at the Central Florida Christian Film Festival 2014.

The Gift Everlasting is a full length, feature film with a cast of talented, young Jamaican actors, inspiring music and the spectacular scenery of the island itself. It’s the timeless story of family, challenges, commitment, faith and true love. BarriVision Films has committed to donating 60% of all proceeds of the film to the local faith-based charity, Jamaica Youth for Christ, that works in Jamaica’s schools and provides services for at-risk youth.

Now in its 24th year, the Florida Film Festival is an Oscar®-qualifying festival, premiering the best in current, independent, and international cinema.