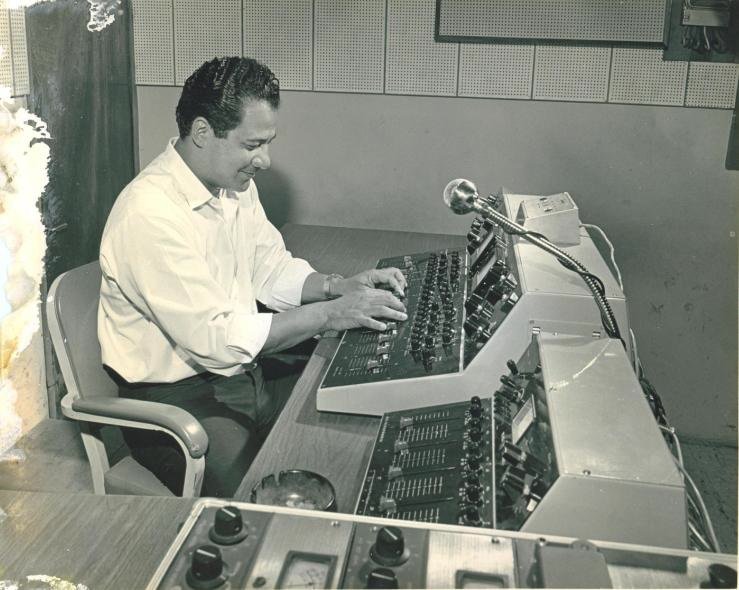 On this day in Jamaican History – On June 27th, 1935 Byron Lee OD, leader of Byron Lee and the Dragonaires , was born in Christiana, Manchester. Byron Lee and the Dragonaires became one of Jamaica’s leading bands. Lee was musician, record producer, and entrepreneur. Lee produced many of the early ska singles by The Maytals, and his entrepreneurial skills led to him setting up the Byron Lee’s Spectacular Show touring the Caribbean. He passed away on November 4th, 2008.

Byron Lee and the Dragonaires is one of the best known Jamaican bands. Byron Lee CD, played a crucial pioneering role in bringing Jamaican music to the world. Formed in 1956 and playing a big band-ska sound their big break came in the first James Bond film, Dr. No, where they appeared as the band in the scene at Pussfeller’s club and played a number of tunes on the soundtrack. They also caused a stir at the New York World’s Fair in 1964. As successful as the band was, Byron was also having success as a promoter, owner of the Dynamic Sounds label, and studio owner, and was one of the biggest reasons for the explosion in popularity of Jamaican music in the late 1960s and early 1970s.

His studio remains one of the most popular in all the Caribbean. He continues to record and tour with his band, and they have become well known for including covers of popular tunes of top Caribbean performers, recently performing with Kevin Lyttle at the Cricket World Cup 2007 opening ceremony.

Lee was awarded the Order of Distinction, Commander level on 15 October 2007, in recognition of his “contribution in the fields of Music and Entertainment both locally and internationally”