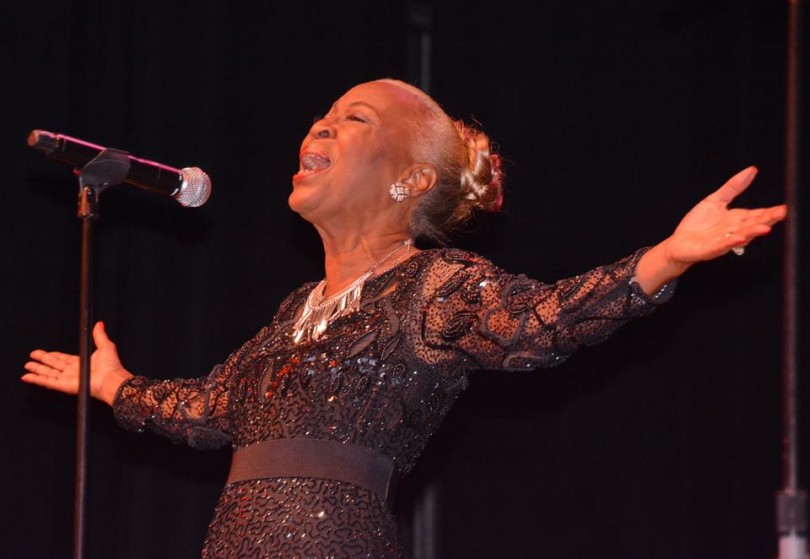 When Jamaica’s top female jazz vocalist, the incomparable Myrna Hague, brings her signature show “Simply Myrna” to the Miramar Cultural Center on April 17th, it will mark her second appearance at the City’s cultural showpiece.  Hague first performed at the official opening of the center with her husband, trumpeter and founder of the Ocho Rios Jazz Festival, Sonny Bradshaw back in 2008.

Under the distinguished patronage of Mayor Wayne Messam, “Simply Myrna” promises to be a night of musical excellence, as the celebrated songstress performs from her wide repertoire of jazz classics, popular reggae and pop selections, in her classy and inimitable style.  Musical Director Desi Jones along with guitarist extraordinaire, Eugene Grey and his band will provide musical accompaniment.

“As for ‘Simply Myrna’ this show just allows me to show off; because it’s my show I get to sing what I want and to just be myself”, stated Hague, who has recently received her PHD from the University of the West Indies and currently lectures part time at the institution. “This is the most exciting time of my life, and South Florida, the UWI and this show has been a gift”.

Special guests, vocalist A. J. Brown, an accomplished singer who honed his craft on the hotel circuit in Jamaica, as well as a stint at the Mirage Hotel in Las Vegas, where he was a popular attraction, will perform from his long list of hits. Brown is currently the lead singer for Third World, impressing audiences worldwide, proving to be a wise choice in filling the shoes of the late William “Bunny Rugs” Clarke.

Reggae crooner, Ian Sweetness will add his special honey-flavored blend of lover’s rock selections to the show. Known for his chart-topping hits “Little Green Apples” and “Rhinestone Cowboy”, Ian Sweetness has been steadily making a name for himself since the late eighties. His addition to Simply Myrna is a bold move that will introduce this talented singer to a new audience and expand his fan base.

The American Foundation for the University of the West Indies (AFUWI) will benefit from proceeds towards their generous scholarship program, which awards tuition fees to deserving students in need to attend UWI at their various campuses throughout the Caribbean.