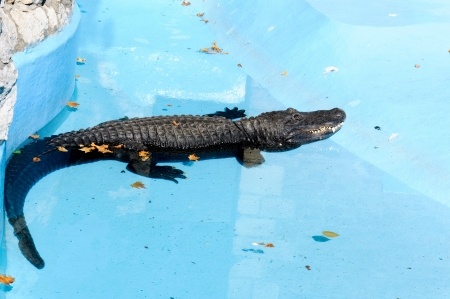 There was a Jamaican man who had nuff riches … big car, house on the hill, gal, money and odda ray ray ray.

Many men wished to be in his shoes. Since the rich man knew this, he took it upon himself to put some of these men on a little test for his riches. He invited them to his place and told each that if they can swim across his swimming pool without getting bitten or scratched by the crocodiles in there, they could then have anyting dem want … his car, his gal, his house .. whatever.

All of them ketch dem fraid and said them wouldn’t do it. As he turned to start letting them out, he heard a splash in the pool, and saw one swimming across it. When he got out, the rich man said to him, “Wow, yuh come een like Superman , yuh nuh get nuh bite or scratch … so wha yuh want … mi car, mi gal, mi house, what?”

The guy responded, “Mi no wha none a yuh riches again, mi jus wha know a which man push mi in dey”!