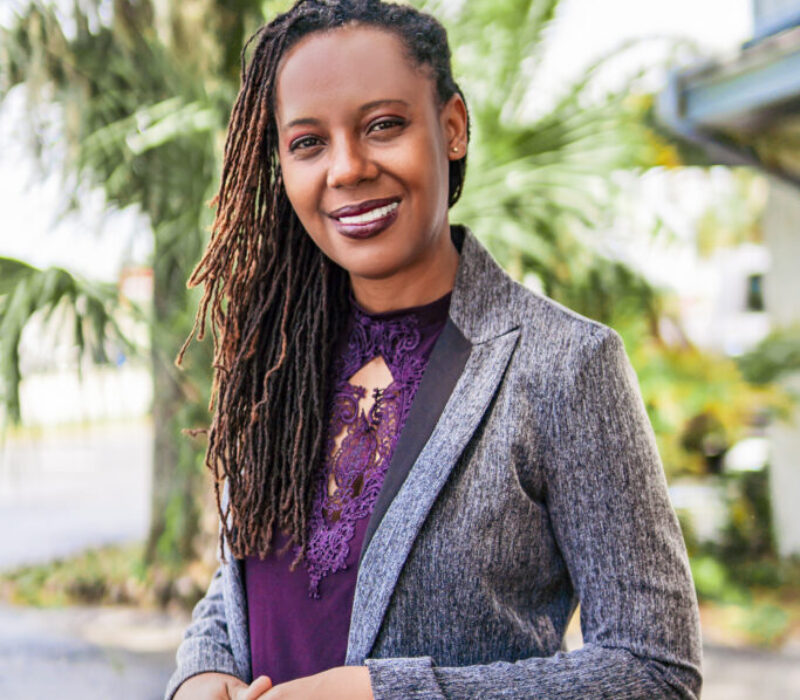 Kay Maragh, who is currently a member of the Planning and Zoning Board, the Community Development Advisory Board for the City of Palm Bay, and vice-president of the Caribbean Sports and Cultural Association of Palm Bay, was unsuccessful in her attempt to become the city’s first black, female mayor.

Maragh is originally from Ocho Rios. She attended the Oracabessa and Ocho Rios primary schools and Ferncourt High School before attending Moneague College. She and moved to the United States at the age of 19. She credits her parents – her mother was a school teacher, and her father is a retired Army veteran serving as a VCOP with Palm Bay – with giving her an understanding of the value of hard work and the importance of giving back to her community. Her interest in business administration was sparked by the fact that her parents own their own business, for which she worked in her teen years. She learned important lessons about the challenges that arise for small business owners and showed her how city government can impact the success of a business. Her parents encouraged her toward community service from a young age. When she was eight years old, she participated in her first fundraiser, helping the local kindergarten buy school supplies. At age 16, she started her own youth organization – “Youths with a Purpose” – that focused on performing arts, sex education, and the environment.

Maragh migrated with her family to New Jersey in 1997, where she participated in the West Indian American Association, an organization that works with young people to help feed the homeless. At present, Maragh is the vice president of the BCASCA, the largest Caribbean organization in Brevard County, an organization focused on educating, empowering, and celebrating the Caribbean community. Also in her time in New Jersey, she worked as a transportation consultant at Palisades Consulting Grouping, organizing projects for national and international transit agencies. She has participated in trade missions to the Caribbean and the United Nations Summit on Africa. She and her husband started Computer Central Plus, an internet café and computer store in St. Ann. The firm implemented community outreach to troubled boys aged eight to 16 and helped them to improve their computer skills and encourage them to pursue careers in the technology industry. Her family moved to Brevard County in 2009 and bought a home in Palm Bay in 2011. Her work in the community as a real estate agent showed her the value of homeownership and gave her an informed perspective on the affordable housing crisis.

She had hoped to serve Palm Bay as its Mayor with policies that would balance sustainable growth and environmental protection. A registered Democrat, Maragh decided to run for mayor because she believed the city needs a leader who will take the time to listen to and learn from its residents. She ran on a platform of affordable housing, the provision of arts and cultural opportunities, and eliminating corruption. Her plans, if she was elected, included upgrading the police department fleet and providing its officers with body cams.