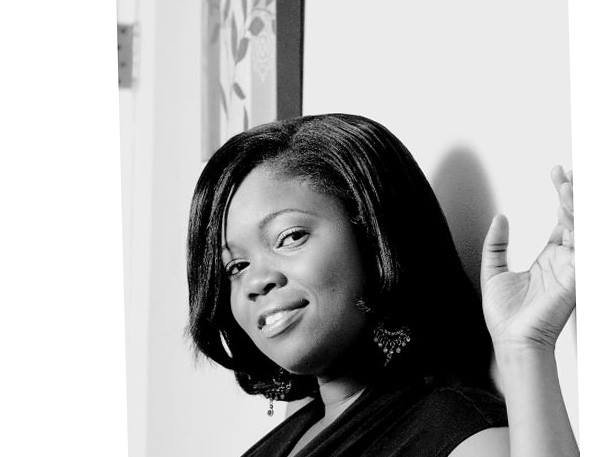 Keisha Brissette is a Jamaican educator and writer. She is a past member of the Jambiz International Theatre Group where she worked on and produced a staged adaptation of James Baldwin’s Amen Corner with prolific Jamaican playwright, Patrick Brown. She is the Jamaican Cultural Development Commission Merit Award Winner for her play Language Barrier in 2011 and the 2014 Special Award Winner for her play ‘Divorcees’ which also took the best playwright award. Her work has been showcased for audiences in the United States, Japan, and as a part of the Jamaican Cultural Development Commission Library Tour, 2014.

Her academic achievements include: Teacher of the Year 2008, 2009, and 2010 (1st, 2nd, and 3rd runner-up respectively), National Award Winner for Innovative Teacher of the Year from the Ministry of Education, Jamaica (2011), Lindgren Family Scholarship Award Winner from Central Connecticut State University (2014) and Outstanding Alumni Educational Leadership Award from Central Connecticut State University (2015). She currently works as a Business English Instructor with the Benesse Group at Berlitz, Japan.

How did you end up living in Japan?
I have some friends living and working here and they encouraged me to come.

What do you love the most about Japan?
It is one of the safest countries in the world. I can walk at any hour of the night without fear that I’ll be harmed. I also love the convenience of the convenience stores. I can pay my bills, buy food and do my banking at any hour of day/night. Lastly, I love the fact that the Japanese embrace Jamaican culture. I always get a friendly welcome and an extra-warm smile when they hear that I am from the land of Bolt and Bob Marley.

What is your funniest experiences in Japan?
Oh Lord, I have a funny experience every other day. But my funniest to date didn’t even happen with a Japanese person. I met this guy from Spain who is in love with Reggae/Dancehall Music. He claims it is big in Spain. So big that he spent most of his 20’s making money from singing in various clubs in his country and he wants to start doing that again. But first, he needs someone to teach him patios and he is willing to pay. I figured I had to pass his station on my way home so it would be quite easy to pop into Starbucks, teach a lesson and make some quick cash. We set up a meeting date and time and I told him to take his favorite reggae/dancehall song and I’d do a quick translation as a sort of warm-up activity. I kid you not, I thought this man would show up with Bob Marley as Bob is always the go to reference. But, Mr. Man showed up with lyrics from Alkaline. Have you ever listened to any of Alkaline’s songs? By line three I was ready to wash out his mouth with bleach. It was the most difficult thing in this world to explain the various cla’ates Jamaicans sew with. Not to mention the concept of ‘sucking one’s mother’. He was shocked to find out it had nothing to do with breast-feeding. We ended up having a good laugh about it though. And when he was leaving he promised to show up with a ‘better song’ for our next session, then he showed up with lyrics from Vybz Kartel.

What was the biggest adjustment you had to make living in Japan?
There are so many. I am still making an adjustment to sleeping on a futon instead of a bed. I walk around with a second pair of shoes as you can’t enter buildings (a school for example) with shoes that you’ve worn outside. I’m always running for the train because here if you’re on time you’re late. You have to show up 15 minutes earlier in order to be perceived as being on time. I am also not quite adjusted to this culture of ‘work, work, work, work, work.’ If there’s a storm outside, get an umbrella, put on a raincoat and get to work. If you’re sick, take some medicine, put on a mask, and get to work. If you’re dying, they don’t mind that either. If fact, they’d much prefer if you die at work. I think this is the biggest adjustment I’ve had to make so far. I just don’t understand how people can live to work instead of work to live.

What is the strangest question you have gotten about being Jamaican while living in Japan?
Can you wine like a Jamaican? At which point I apologized profusely. I explained that I can whine, and I love wine, but the act of gyrating and rotating my waist like girls they see in dancehall videos, I am still working on that.

Tells us about your Blog and why did you start blogging?
Let’s start with the last question first. Why did I start blogging? I have always wanted to write, but where I am from in Cambridge, St. James you either become a doctor, lawyer, preacher or teacher. You don’t tell people you want to become a writer. ‘That sounds like lazy people work’ (that’s what the only lady I ever confessed that to told me). So, like most people who are too poor to follow their dreams, I went off to college and became a teacher. I was hella good at it too, but in the back of my mind I always felt as though I was not walking in my truth.  But, I was too scared to write anything. I feared people wouldn’t like it enough to read and that fear kept me focused on being the best teacher I could be. Then, in 2014 my friend Denzil died. Young. Bright. Talented. Dead. His death gave me new life somewhat because it was then that I decided I wouldn’t die with unfulfilled dreams. As such, I sat down and wrote my first blog in tribute to him.
To answer your first question, my blog shares the experiences of my life in Japan and I also share stories about Jamaicans doing well in Jamaica and other parts of the world. So far, I have written about Shawna-Kay, a Jamaican in China, Terry from Poland, and various Jamaicans who are ‘jaminating’ at home and in Japan.

Usain Bolt has tagged your blog. What was the story about?
Here is the backstory to this one. When I started blogging, I would follow what was already out there. Ten things to know about such and such. Five ways to do such and such. But, I really wasn’t being true to what I really wanted to do, which was tell stories in my authentic voice. I’d mustered up enough courage to finally write, but was still too scared to step out of the mold and do things my way. Makes no sense, right? Then one day, I was like, forget this, I am going to blog the way I want to blog. If people like it, they like it. If they don’t, at least I tried. So, I wrote: ‘Why I Pretend To Know Usain Bolt’ which basically spoke about how I lied about knowing Usain so I can get free things in Japan. Lo and behold, the first time I decide to write in my true, authentic style, that was when people started reading and my subscribers list grew in number. Two weeks later, on the exact anniversary of my friend’s death, Usain Bolt tweeted my blog and it was then retweeted by British Journalist, Piers Morgan. I figured the universe was trying to tell me something and I have been telling stories my way ever since.

You had an article on black women in Japan. What was the response to the article and what triggered you to write it?
There are a handful of black women in Japan and I think because of that there is a deeper level of sisterhood. When I just got here a black woman met me and took me around. When I got sick, another black woman, a fellow Jamaican, someone I have never met, took time out to come with me to the hospital. On my birthday, a group of women came together to throw me a birthday party—women that had only met me once in their lives. It was just amazing. So, that blog was in tribute to them. It was my way of saying thanks as well as of reminding them of their ‘queendom’ because it is easy to forget who you are…easy to question your worth as a black woman living in Japan.

Your favorite Japanese food is…
Takoyaki. It’s made from flour, eggs, and water and has a piece of Octopus inside. You don’t have to re-read. Yes, I said Octopus.

Your favorite Japanese place to visit is…
The famous Shibuya Crossing. Call me weird, but I love to sit in Starbucks overlooking Shibuya Crossing and watch the chaos below. There are so many things you learn about people when they think no one is watching.

What is the thing you miss the most about Jamaica?
Real, authentic, genuine laughter. I miss seeing happy people. Japan is one of the richest counties in the world, but the people are so stoic and void of emotion. It puzzles me.

What advice would you offer to a Jamaican moving to Japan?
If you have an opportunity to learn the language before you get here, please do. Also, make YouTube and Google your best friends. Read up about the area you’re going to live in and Japan in general. It will prepare you somewhat for the culture shock. Lastly, this is the land of self-sufficiency so be prepared to do everything on your own. Everything.
Overall though, it is always a great thing to leave your comfort zone and venture into new worlds. Life should not be lived in one place and the best education you can give yourself outside of school is travel. So, take the plunge. Be it Japan or anywhere else. You have more to gain than to lose.