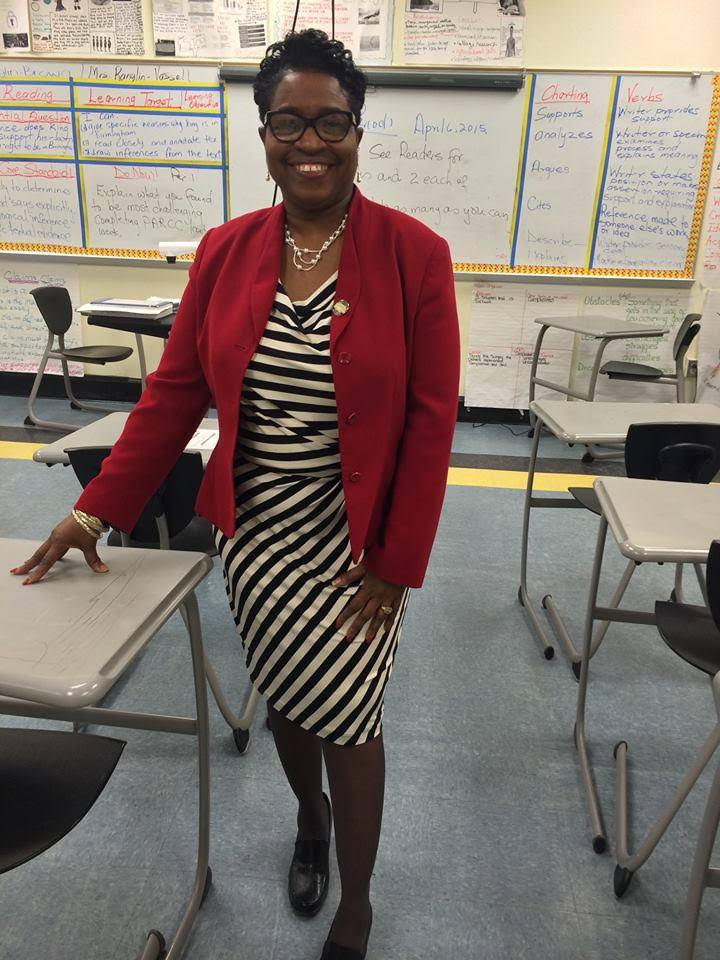 In an election upset, Jamaican Marcia Ranglin-Vassell defeated John DeSimone, the majority leader of the Rhode Island State Assembly, in 2016 to become a new member of that legislative body. Upon hearing that she had been described as “some woman from Jamaica” during the Democratic Party primary, she wrote a poem in her journal stating “… I come from tuna shampoo, aloe vera, I come from coconut oil, grease in my nappy head, I come from roasted breadfruit, curried chicken and black rice, sweet potato pudding sizzling on the wood fire, I come from carrot juice mixed with lime because there was no condensed milk.” It concluded “Nothing can break me. Everything has been thrown at me.” In September of 2016, Ranglin-Vassell, a public school teacher and mother, felt confident of her victory and was proven right on election day. Marcia Ranglin-Vassell, 56, cites the strong women of her Jamaican childhood and her father – a farmer and woodcutter who founded a church and preschool – as her inspirations. The church and preschool began in a tent in the family’s backyard, but the 11 Miles New Testament Church of God and Preschool is still in operation today, in a building. Ranglin-Vassell’s mother Mavis supported her nine children alone after her husband’s death, selling fruit and vegetables so they could receive an education. Ranglin-Vassell graduated from teachers’ college and followed her mother and sister to the United States, moving to Rhode Island in 1990 where she did factory work and house-cleaning, despite having worked as a teacher back in Jamaica. Her sister Lisa Ranglin is the president of the Rhode Island Black Business Association and a leader in the transition team of Mayor Jorge Elorza. As a Progressive Democrat, Ranglin-Vassell plans to use her time in the Assembly to fight for a $15-minimum wage, to stem the school-to-prison dynamic, and to pass stronger gun-control laws to keep weapons from children and domestic abusers.