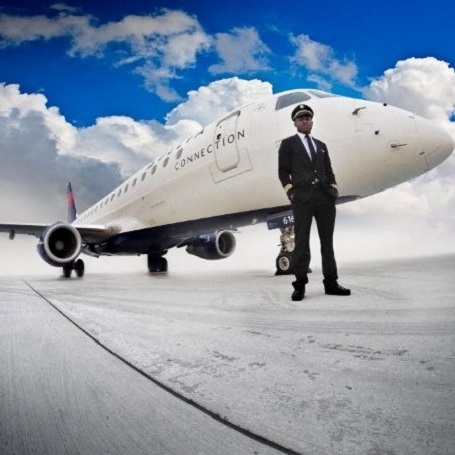 Marlon Dayes, 25, is one of the youngest pilots in the world, and he flies for Delta Airlines. Dayes has been fascinated by planes since the age of five and has wanted to be a pilot since his first flight, which took him and his mother from Jamaica to Miami. He was mesmerized by the sights and sounds he found in the cockpit on a tour he received when boarding the flight. His mother always encouraged his interest in flying and helped him any way she could until he passed his examination and left his home in Buff Bay, Portland, Jamaica, to attend a high school in Kingston. Dayes then attended schools in Florida, including FloridaTech where he graduated with honors and a degree in Aviation Management. He received scholarships and grants that helped him get a degree and begin flying at the age of 19. He achieved his ATP minimums by working as a flight instructor at FIT Aviation, a flight school affiliated with his university. At 25, Dayes works for Delta Airlines and is planning to fly larger planes than those he currently flies. which will allow him to fly to fly to Europe, China, and other more distant locations. His best memory of flying was when he was flying a plane for the first time and his mother was on board. He knew she was proud of him because she told him so. Dayes, who began working at airlines at the age of 22, wants to be an inspiration to other young people and to help them believe that they can accomplish anything if they approach their goals with focus and determination.