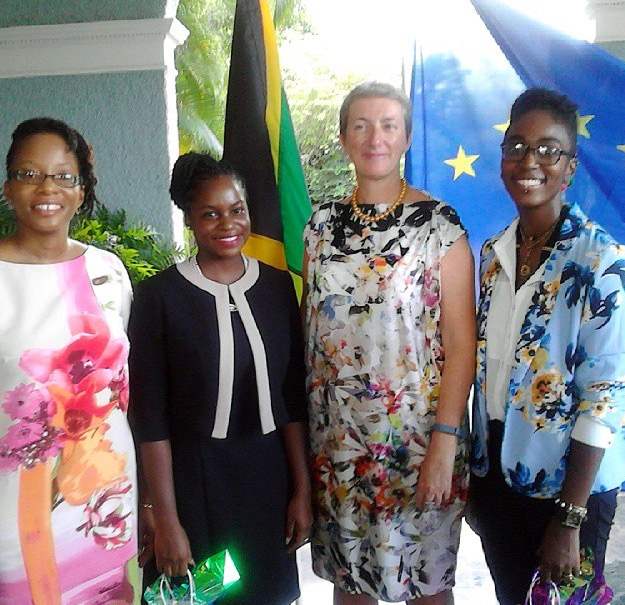 Jamaicans Kim Lee Campbell, Nicole Ennis, and Tami Palmer are among the recipients of the prestigious Erasmus Mundus scholarship for 2015. Campbell graduated from the Edna Manley School of the Visual and Performing Arts, earning a BFA in dance performance and choreography. She will pursue the International Master in Dance Knowledge, Practice and Heritage at the Norges Teknisk-Naturvitenskapelige Universitet Ntnu in Norway. Ambassador Paola Amadei, the head of the European Delegation to Jamaica, noted that this is the first time the honor has been given to a graduate of the Edna Manley College of the Visual and Performing Arts, which highlights the fact that top-quality students are found beyond enrollments at the two major universities there. Ennis has a degree in biology from Yale University in the U.S. and will pursue a Master’s degree in Quality in Analytical Laboratories at the Politechnika Gdanska in Poland. Palmer has a BSc in Land Surveying and Geographic Information Sciences from the University of Technology, and she will further her studies pursuing an MS in Geospatial Technologies at Spain’s Universitat Jaume I De Castellon.