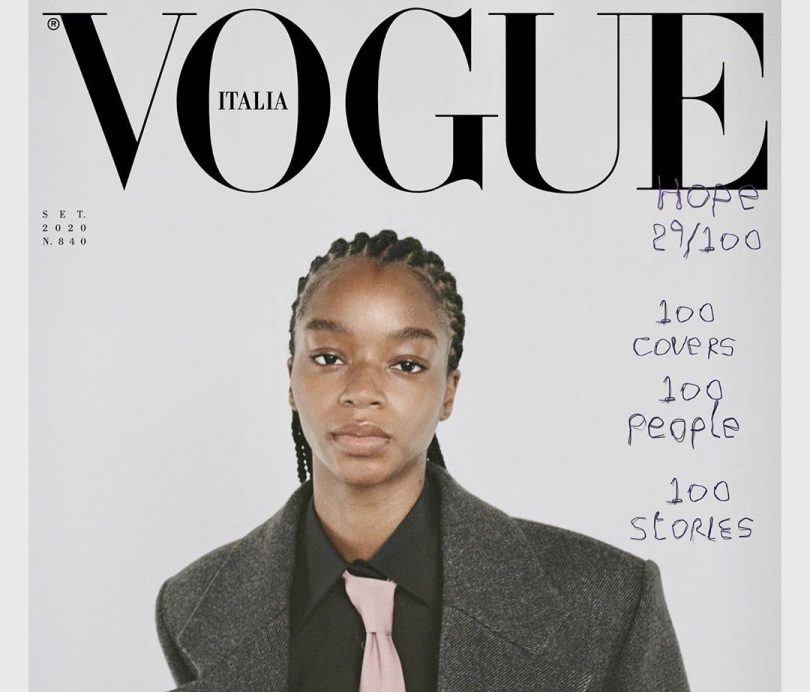 Kyla Ramsey has graced runways around the world and she’s one of the featured people in Vogue Italia’s “100 Covers, 100 People, 100 Stories” September 2020 issue that hit the stands on Aug. 28. The Jamaican-born Ramsey is the magazine’s 29th cover.

The issue is a global “who’s who” of models, actresses, social media personalities, and social rights activists. Others getting a voice are those that normally work entirely behind the scenes within the fashion industry such as makeup artists and hairstylists, artists and photographers, agents, writers, and casting directors.

The ambitious “100 Covers, 100 People, 100 Stories” is part of the company’s “Hope” project for inclusiveness and the celebration of diversity. It’s the first time all the 26 Vogue editions have agreed on a single theme in the magazine’s 128 year history. Individuals featured in the magazine present their personal stories in one-minute videos that are available on the magazine’s Instagram page. 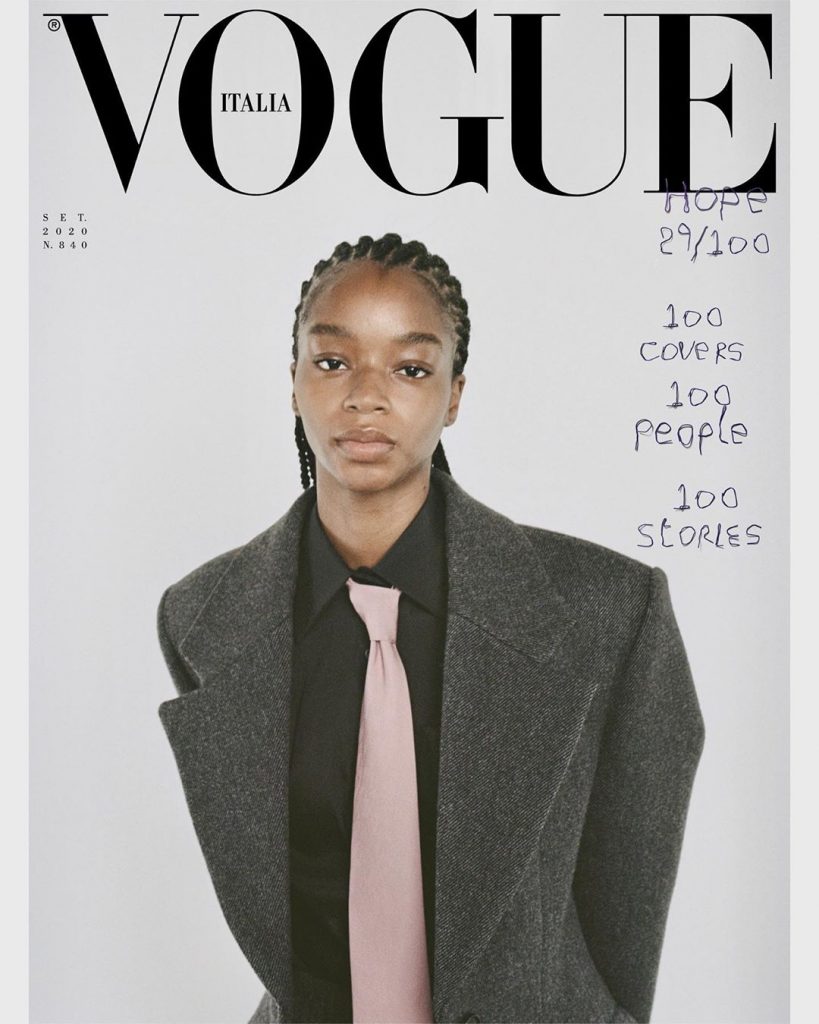 Before she became famous on the walkways of Paris and New York, Ramsey grew up surrounded by clothing working in her mother’s vintage store in Connecticut. She’d achieved a level of success in modeling, but her career skyrocketed after landing a worldwide exclusive with the Louis Vuitton brand in 2018.

That launched an opening spot in the highly coveted Prada Resort 2020 event held in Manhattan, NY. She’s also represented brands that include, but isn’t limited to, Chanel, Mark Jacobs, Moschino, Tom Ford, Versace, and Alexandre Vauthier. She was featured as one of Vogue’s top breakout models in spring 2020.

Despite all her success, Ramsey says she’s a homebody at heart. She also believes in giving back. She’s a poetry enthusiast that mentors at a children’s home and she hopes to eventually utilize her modeling success to contribute in various ways to her community. During quarantine due to the COVID-19 pandemic, she’s been working on her cooking and handiwork skills.

In an interview with V Magazine, Ramsey indicated that despite everything happening around the world, she remains hopeful. She intends to use her voice and platform to educate, motivate and inspire others for equality for black people, women, LGBT community, and other groups that aren’t respected as equal.