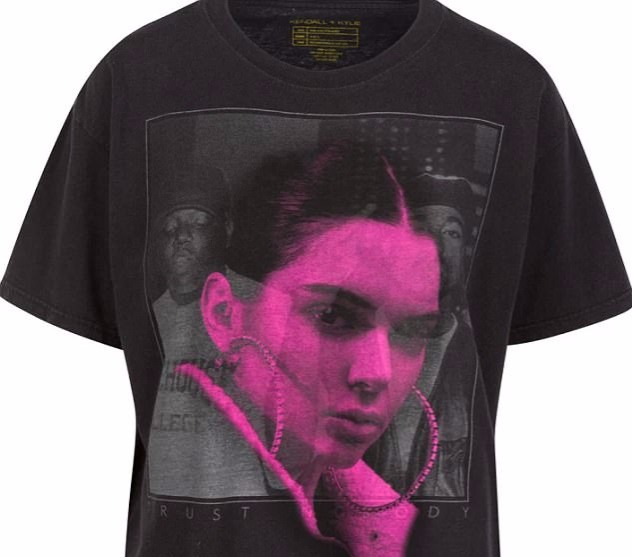 Voletta Wallace, the Jamaican mother of the late rap icon Notorious B.I.G., has expressed outrage at the latest marketing effort by Kylie and Kendall Jenner. The two youngest members of the Kardashian-Jenner clan, Kylie and Kendall have brought out a line of “vintage” t-shirts on which they have superimposed their faces over iconic images from the rap and rock worlds. As reported by TMZ, Julian Petty, attorney for Wallace, send the Jenners a cease-and-desist letter to stop them from using these images. Wallace wrote, “I am not sure who told @kyliejenner and @kendalljenner that they had the right to do this.” She also captioned an image of one of shirts with a big red “X” over it. She went on to say, “The disrespect of these girls to not even reach out to me or anyone connected to the estate baffles me. I have no idea why they feel they can exploit the deaths of 2pac and my Son Christopher to sell a t-shirt. This is disrespectful, disgusting, and exploitation at its worst!!!” The shirts were introduced on the Jenner sisters’ online shop on July26, 2017, and featured a range of music icons, including Tupac Shakur, Biggie Smalls, Black Sabbath, Metallica, Pink Floyd, the Doors, Kiss and Led Zeppelin. Over these images Instagram shots of the sisters were imposed. The shirts were priced at $125 each. In response to the controversy, the Jenners posted Twitter messages with their apologies on July 27, 2017: “These designs were not well thought out and we deeply apologize to anyone that has been upset and/or offended, especially to the families of the artists. We are huge fans of their music and it was not our intention to disrespect these cultural icons in anyway [sic]. The tee shirts have been pulled from retail and all images have been removed. We will use this as an opportunity to learn from these mistakes and again, we are very sorry.”