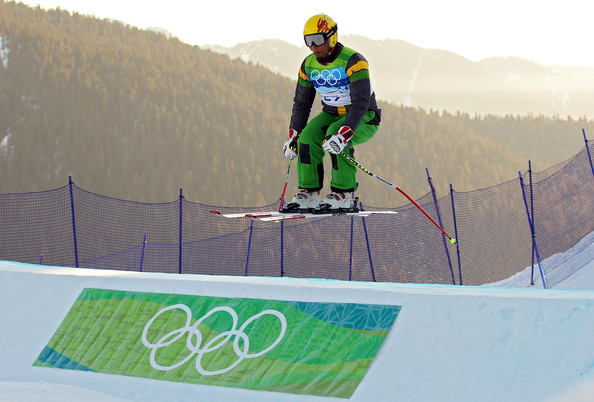 Jamaican downhill skier, Errol Kerr was born on April 12, 1986 to a Jamaican father and an American mother. He started skiing at age 4 and started racing competitively at age 11.  As a child he also raced BMX and motocross.  Kerr trained and competed in downhill, Super G, giant slalom, and slalom. Kerr made his World Cup debut in January 2008 with a twelfth place in Les Contamines, and followed up with an eighth place in Meiringen-Hasliberg in March. He opened the 2008–09 season with a thirtieth place in St. Johann in Tirol and a fifteenth place in Lake Placid, and then tenth place worldwide at the Skicross World Championships 2009 in Japan. He represented Jamaica in the 2010 Winter Olympics where he finished ninth overall. This is the best placing by a Caribbean athlete at any Winter Olympics.  See our interview with Errol Kerr here