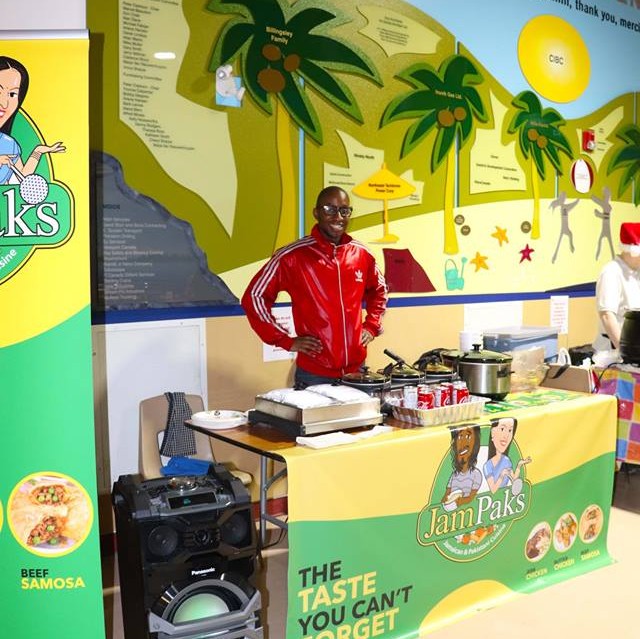 The sole café in Inuvik is ready to re-open, but for only one day per week, with the Jamaican-Pakistani Restaurant JamPaks,  according  to co-owners Chris and Sonya Sharpe. Chris Sharpe noted the long history of the café in the community and how it “just made sense” to make the effort to re-open it. The new version of JamPaks will specialize in Jamaican, Indian, and Pakistani cuisine.

The café, long a staple in the community, has undergone several changes in ownership. The café was opened originally by Peter and Sue Clarkson in 1994 as a coffee shop and art gallery. In 1998, they sold the café, and since that year, it has had a succession of ten different owners and managers. The space has been vacant since the sudden death in 2017 of Gebie Pedroso, the café’s past owner.

As the building’s manager Deb Karl was wondering what to do next, the Sharpes presented her with the idea of opening the café one day a week. In addition to the Sharpe’s effort, Karl plans to expand into allowing other groups to use the space as well, believing this is a viable approach over the long term.

The Sharpes and Aru Vashishi, who prepares the Indian food on the menu, are well known among community members for their cooking skills. The parties have sold food at the bi-monthly Arctic Market in Inuvik for some time. While the Arctic Market offered a good business, Vashishi said he had been looking at the café space for a long time, but did not know how to bring his ideas into practice.

Inuvik is a town in the Northwest Territories of Canada and is the administrative centre for the Inuvik Region.