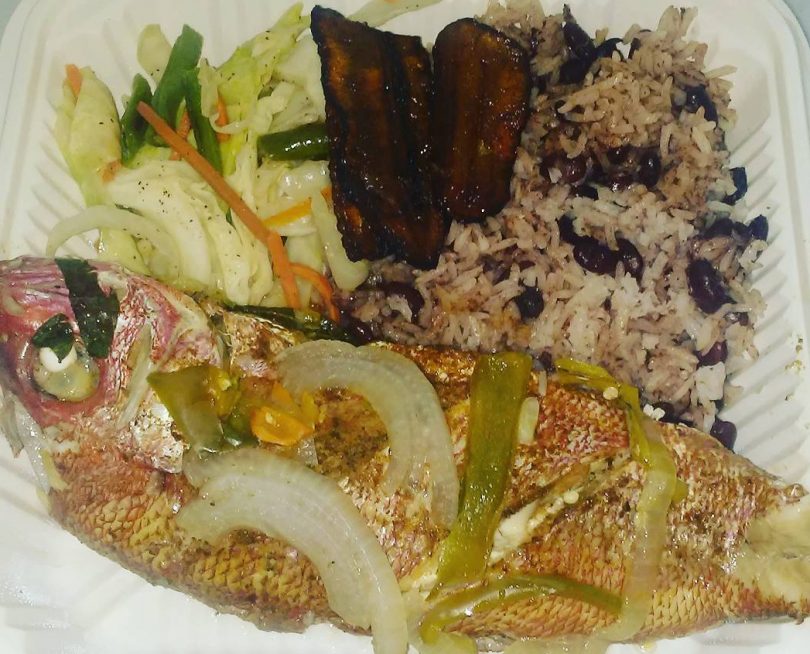 Jamaican-born Kadine Houston-Farr opened Kay’s Jamaican Cuisine restaurant in Carrolton, Georgia, in December of 2017. Upon moving to Carrollton, she wanted to create an environment where she can provide great food and also give back to her community. She was motivated to open the restaurant by her family and friends, who love her food. Originally, she wanted to open an eatery just for students of the University of West Georgia (UWG), but those plans did not come to fruition. Houston-Farr enjoys working with students, and in addition to having them come in for food, she wants them to view the restaurant as a hangout. She partnered with a community service organization on campus, Love Travels, for their spirit night, and while only a small crowd came, she was not discouraged. Houston-Farr is continuing to create links with students and looks for creative ways to reach them. She has plans to expand into LaGrange, but is in no hurry. She wants to spend at least two years in Carrollton, building and growing her business, employing staff, and giving back to her community. She has structured her lunch specials, which are priced at $6, specifically for students. “I didn’t want them to have to pay a lot, but I still wanted to make a profit.” The specials include a choice of two entrees, like mac-and-cheese and Jamaican beef patties, and a drink. Her top-selling item to date has been oxtail. Although she has only been in business for a few months, Houston-Farr is happy. “The best thing about owning your own business is that it gives you your own freedom.”