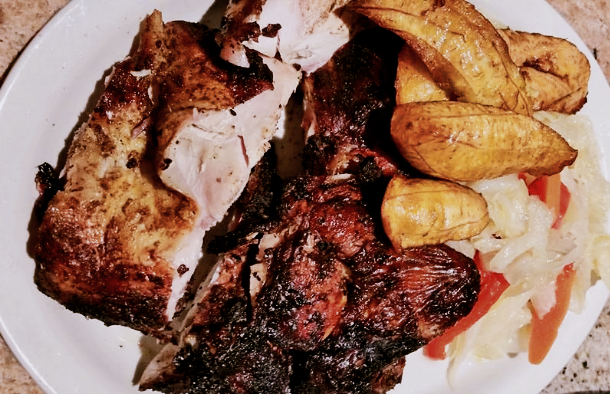 The Good to Go Jamaican Cuisine restaurant is opening at a new location in Evanston. While the new venue is just across the street from its original spot within the Chicago city limits, the move represents a “different type of establishment,” according to co-owner Lenice Levy.

The new Good to Go Jamaican Cuisine venue features a “very loungy, cozy, contemporary, industrial kind of flare,” Levy said. It is the kind of place where guests can come in at lunch and lounge all the way through dinner.

Co-owner Tony Levy grew up in Jamaica where he realized his passion for cooking. As the oldest of 11 children, Tony found he was always helping his mother in the kitchen cooking for the family. They only used organic and fresh ingredients in their home cooking, and Tony has continued this tradition at Good to Go. The restaurant’s jerk sauce is made from his grandmother’s recipe.

According to Lenice, the new location offers the same authentic Jamaican food as the original location, and now there is also an area where guests can “dine in.” There is also an event room and an outdoor patio. The Levys plan to build a rooftop dining area in the near future.

The couple has lived in Evanston for 21 years and is “strongly connected” to the city. Lenice said it has the feeling of living in Chicago without having to deal with its hustle and bustle. Tony said he is glad he will be able to keep many of the customers from the old restaurant, and while the new location is bigger and will require more work, it really represents the fulfillment of Tony’s dream.