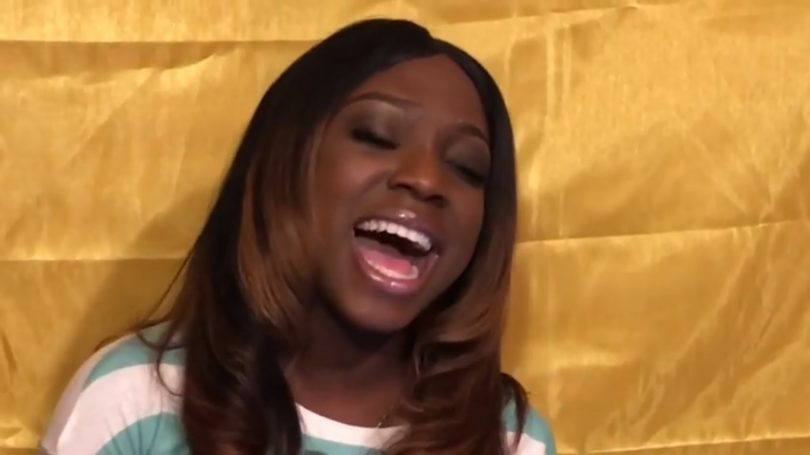 Eighteen-year-old Jahzan McLaughlin, a singer from Jamaica, appeared during the audition round of the television program “American Idol” and caused a sensation among the show’s judges. Her interpretation of the songs “Rock-A-Bye Baby” by Clean Bandit and “Warrior” by Demi Lovato made a strong impression on the three judges, who all voted “Yes” and moved her on to Hollywood Week. Her mother Zandriann Maye was on the scene to provide support for her daughter. Judge Lionel Ritchie told Jahzan “You’re going to Hollywood. Enjoy the experience,” The experience was already an emotional one for both mother and daughter, who discussed their challenges in moving from Kingston, Jamaica, in 2017 to make a new life in New York City.

As Jahzan told the judges, they moved to New York but are currently homeless and that she views “American Idol” as an opportunity. She added that it was “tough” to move to the United States at the age of 15 not knowing where she was going to live. Jahzan continued by saying that she and her mother came to the city primarily for their safety, declining to discuss specific reasons or incidents on television. She told the judges that they currently live in her uncle’s salon and that no one knows of her situation, not even at her school, because she doesn’t “want to be looked down on.”

The judges, pop singer Katy Perry and country music star Luke Bryan joined Ritchie in listening to Jahzan’s performance attentively. Following her audition, Bryan said that she sounded very different and that the judges were there to help her. Jahzan responded by saying “I like this,” and told her mother that she was “the rock of everything for this.” She went on to tell her mother that she hoped she understood what a “great job you have done.” Her mother thanked her repeatedly and cried when she heard the positive comments from the judges.

When Katie Perry asked Jahzan where she learned to sing, the Jamaican said that her mother trained her, and Maye, who spoke in Patois, added, “I stay with her sometimes in the subway, and dance and hype her up and build the vibes.”

Jahzan attended Queens Preparatory School and participated in the school’s arts program. Her mother Maye, 42, is from Kendal, Hanover, in Jamaica. She attended Rusea’s High School and was involved with the arts from an early age. She moved to Kingston when she was 16 and did a two-year program with Ashe, a creative dance ensemble. Maye also attended the Cultural Training Center, which is now known as Edna Manley College for the Visual and Performing Arts. Maye performed in plays like “Hot Spot” and “Jamaica to Rahid Pupaalick.” She was presented with an Actor Boy Award in the “Best Performing Actress” category for “Jamaica to Rahid Pupaalick” and also was a dance teacher at the Jessie Ripoll Primary School in Kingston.