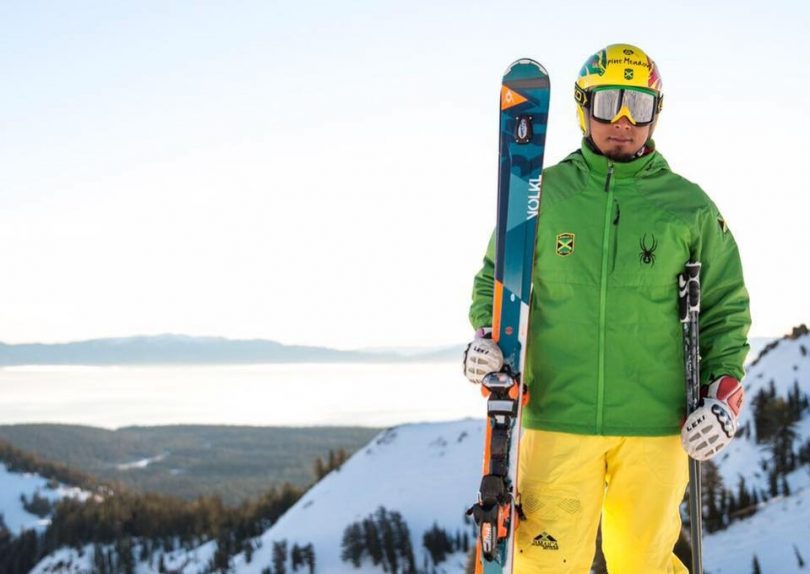 Jamaican skier, Errol Kerr, is competing in the Arctic Man Race that starts on Friday, April 7th, 2017. Teaming up with Eric Quam, 2015 Iron Dog champion, Errol Kerr will be competing in the world’s toughest downhill, known as Arctic Man. Kerr is best known for his 9th place finish in ski cross in the 2010 Vancouver Winter Olympics where he represented Jamaica, the land of his father. 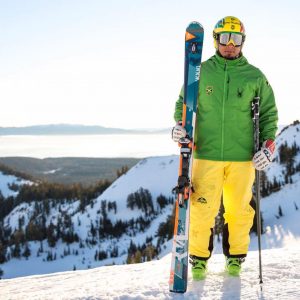 Kerr grew up in Truckee, California and attributes his success in ski racing to the challenging terrain at Squaw Valley where he trained, and to the action sports he loves — motocross and BMX.

In 2010 Kerr competed at the Arctic Man Race with Tyler Acklestad, and finished in 5th.

About the Race
The Arctic Man is a race for teams of two skilled competitors that tests the strength of an athlete and the horsepower of a snowmobile. Courage and training are essential elements of this team of snowmobile and skier.

The Arctic Man is one of the World’s Toughest Downhill Ski races, and an exciting snowmobile race, all in one. The skier begins at a summit elevation of 5,800 feet and drops 1700 feet in less than two mile to the bottom of a narrow canyon where he meets up with his snowmobiling partner.

The snowmobiler meets the skier, on the go, with a tow rope and pulls the skier 2 1/4 miles uphill at top speeds of up to 86 mph. The skier and the snowmobile then separate and the skier goes over the side of the second mountain and drops another 1200 feet to the finish line.

At the Arctic Man you “GO FAST or GO HOME”

Truly the Ultimate Adrenaline Rush for spectators and competitors alike.

Last year approximately 13,000 spectators came from around the nation as well as different countries around the world to enjoy this spectacular Alaskan event. The area the race is held is some the of the best snowmachine riding country in the world. The snowcapped peaks and beauty make this spring event one that you will treasure for a lifetime.