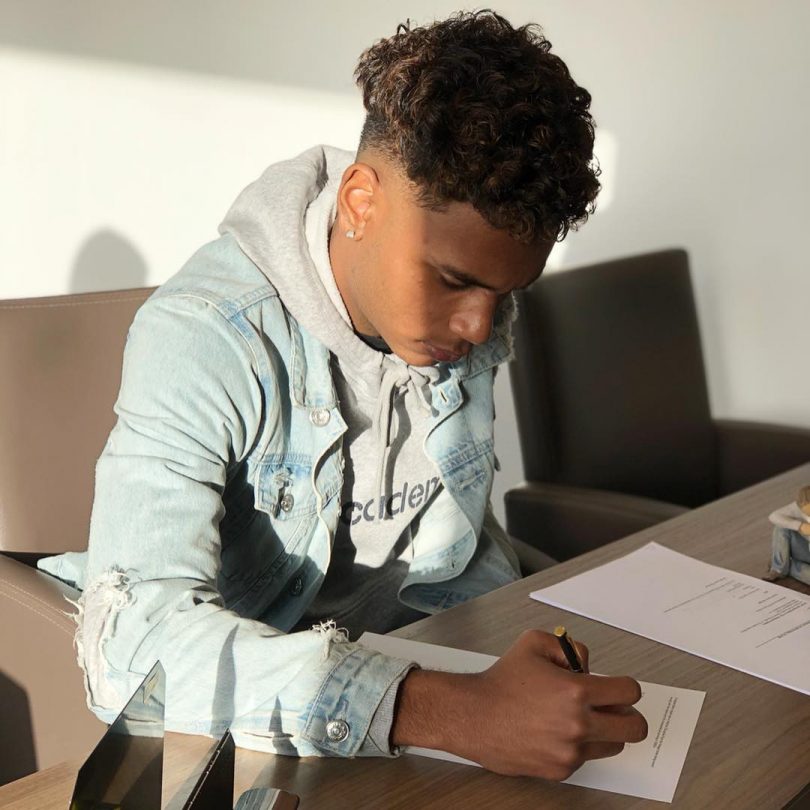 Chad Letts,  Jamaican youth international soccer sensation who played with Jamaica’s Reggae Boyz, has signed on to join Belgium’s Second Division club Royal Union Saint-Gilloise.  Letts, 18, who played with the previous Jamaica Under-17 team inked an 18-month contract with the Belgian team that includes an option to extend the agreement for an additional two years. Royal Union Saint-Gilloise is tied for third place with 12 points in the eight-team points table, behind Beerschot Wilrijk and Mechelen after eight-game rounds. Royal Union Saint-Gilloise went under new management in 2018 when Tony Bloom, chair of Brighton and Hove Albion, an English Premier League organization, was named majority shareholder. Letts has been training with the club periodically since the summer of 2018, but he was not able to sign a contract before now due to his age. He is very happy about his opportunity to finally be allowed to realize his dream of playing at the professional level. Commenting on his new situation he said he was excited about it and looking forward to the future. He added that he really wants to work hard and get into the starting line-up and win with his new team. His parents are also berry excited about their son’s new deal and his future in professional football. His father, Sefton “Gully” Letts. Is especially thrilled, noting that Belgium is currently “hot” in the sport and is a very good place for young players to develop their skills. Letts has already played for four years with the Under-19s and trained with the first team at Atlanta United, the 2018 MLS Cup winner. He also played with the United States Soccer League team, although not in official games. Letts left his home in Atlanta, Georgia, at the age of 13 to join the Philadelphia Union Academy and spent two years with the team before moving back to Georgia and joining the Atlanta United Academy. His move to Europe will be on his own, without his parents, but his father believes that Letts’ experience in Jamaica during the Under-17 qualification process gave him the tools he needs to survive in his new situation.

Chad Letts is American born but of Jamaican heritage through his parents.