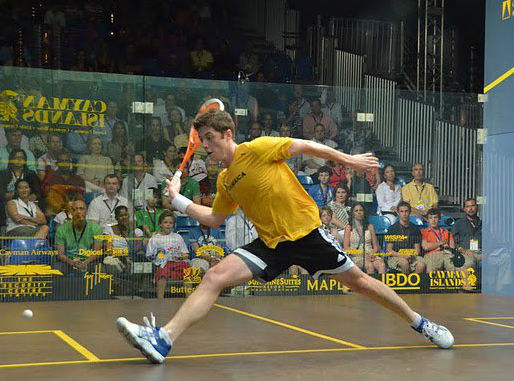 Jamaica’s Chris Binnie has been named among the Top 100 squash players on the planet by the Professional Squash Association (PSA). Binnie ranked 89th as of April 1, 2016, coming up from the 93rd position in March 2016. The news of his improved ranking follows a sponsorship Agreement made between Binnie and JN Fund Managers Limited JNFM) in March, and his change to a new coach in January 2016. According to Binnie, the sponsorship permits him to go to more tournaments, including selected competitions in Asia and Europe. Binnie is currently based in Connecticut and coaches at Trinity College in Hartford. His play has been limited to matches held in North America. Binnie says that if he is to improve his game, he must compete against the best players in the world and in the most competitive tournaments. This requires significant funding. Binnie is the six-time Jamaican and Caribbean men’s squash champion. In 2012, he ranked 389 on the PSA list, but attained the rank of 131 by October 2013. To become part of the sport’s elite, however, he must become one of the Top 50 players. Binnie hopes to reach that goal by December 2016. “I believe I can do it,” he says.