Jamaican, Thora H. Espinet to be Named the 2017 Recipient of the Law Society of Upper Canada's Lincoln Alexander Award - Jamaicans.com 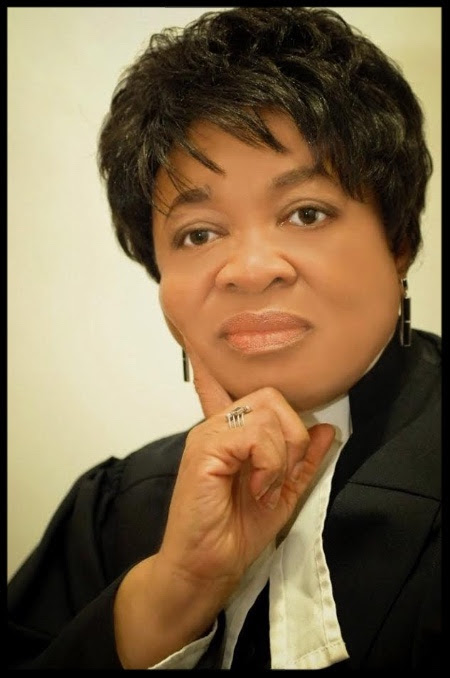 TORONTO, May 23, 2017, Members of Ontario’s legal profession will be recognized for their exceptional career achievements and contributions to their communities at the annual Law Society Awards ceremony on May 24, 2017, at Osgoode Hall.

The Law Society of Upper Canada has announced that Thora H. Espinet has been named The 2017 recipient of the Lincoln Alexander Award.

“The Law Society is extremely pleased and proud to celebrate the achievements of 11 exceptional legal professionals,” says Law Society Treasurer Paul B. Schabas. “Their commitment to serving society and the legal professions is exemplary and we look forward to presenting them with the Law Society’s highest awards of recognition.”

About The Lincoln Alexander Award

The Lincoln Alexander Award was established in 2002 and is awarded annually in recognition of an Ontario lawyer who has demonstrated long-standing interest and commitment to the public and to the pursuit of community service on behalf of residents of Ontario. The award was created in honour of The Honourable Lincoln M. Alexander, PC, CC, OOnt, CD, QC, LSM, to reward his dedication to the people of Ontario and the legal community.

Thora H. Espinet was born in Clarendon, Jamaica, and moved to London, England with her parents, before moving to Toronto, Canada. After completing an undergraduate degree at York University, She graduated Windsor Law in 1982, as one of the only Black female lawyers in Ontario that year, and was called to the Bar in 1984.

She is a practicing Barrister, Solicitor, Notary Public and Family Law Mediator. For over 31 years, she has run her own general practice in Toronto in the areas of Young Offender, Criminal Law, Family/Child Welfare and Real Estate, most recently focusing her practice to Family and Criminal. She has taught criminal law at Centennial College, is a past panel member of the Official Guardian (representing the interest of children in Child Welfare matters) and a past Chair of The Canada Pension Plan Tribunal (1996-2006). In 2008, she was appointed Deputy Judge in the Small Claims court – a role which she executes in addition to her regular practice. She is a past member of the Board of Governors of Humber College Institute of Technology and Advanced Learning, and presently a Board Member of Tropicana Community Services Organization. She currently serves as a member of the Minister’s Working Group on Child and Family Well-being. She is the 2010 African Canadian Achievement Awardee for Excellence in Law. She has made submissions on the Meech Lake Accord to Ontario Legislature, The Scarborough School Board on Heritage Programmes, on Employment Equity to the Government of Canada, and to the Senate Consultation Workshop on Custody and Access with Senator Anne Cools.

She is the consummate legal professional and has dedicated her life – as an avid community advocate, motivational speaker, and fervent proponent of justice and fairness for all, regardless or race, gender or religion.

About The Law Society of Upper Canada

The Law Society has a duty to protect the public interest, to maintain and advance the cause of justice and the rule of law, to facilitate access to justice for the people of Ontario, and to act in a timely, open and efficient manner.

About The Honourable Lincoln M. Alexander

Born in Toronto, Ont., in 1922, Lincoln MacCauley Alexander graduated from McMaster University in Hamilton, Ontario, in 1949 and Osgoode Hall Law School in Toronto in 1953.

In 1968, only a few years after going into politics, Mr. Alexander was elected a Member of Parliament representing Hamilton West, thus becoming the first Black MP in Canada. In 1985, he was appointed the 24th Lieutenant Governor of Ontario, becoming the first person of colour in Canada to be named to the vice-regal position.

He received countless honours and awards over his lifetime. In 1992, he was appointed both an Officer of the Order of Ontario and a Companion of the Order of Canada. He received the Lifetime Achievement Award from the Canadian Association of Black Lawyers in 1997 and has been awarded honorary Doctor of Laws degrees from five universities.