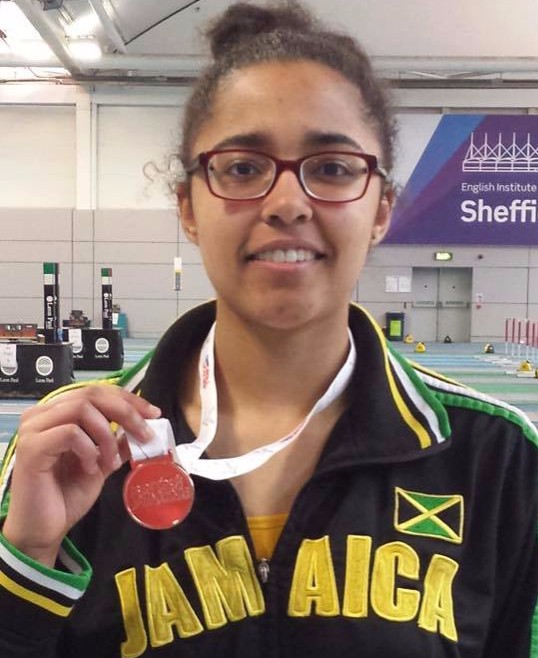 Tia Simms-Lymn, 17, is the new Under-18 British National Champion in fencing. Simms-Lymn, whose mother is from Jamaica and whose father is British, is from Sheffield in England. She was victorious over her teammate from the South West Club, Sarah Spice, in what was called a “thrilling 15-8 encounter.” According to Simms-Lymn herself, the win was “quite pleasing,” especially since she had not had her best performances in the current season. She said that she had been focused on her studies in 2017 and acknowledged that the start of the fencing season had been “a bit tough” for her psychologically, but once that was confronted, she gained confidence and found it easier to compete. Simms-Lymn missed qualifying for the Rio Olympics in 2016 and is now concentrating on the next Olympic Games scheduled for Tokyo in 2020. She wants to encourage Jamaicans to take up fencing as a sport, hoping to bring the sport to the country and motivate people to become part of it. Simms-Lynn won a silver medal in 2014 at the Under-15 Wratislava Challenge in Europe, and in 2015, she participated in the PanAmerican Championships in Guatemala City.