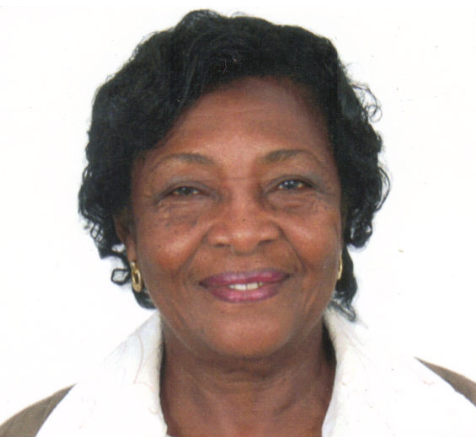 Jamaican Cordella Lewis, 82. is the winner of the 9th Annual Senior Spelling Bee, a spelling competition similar to those held for children, at the Southwest Focal Point Community Center and organized by a group of South Florida senior citizens in Pembroke Pines who honed their skills in the days before spellcheck. Highlighting how mental sharpness improves with age, participants in the spelling competition had to be at least 60 years old.

As the winner, Cordella takes home the $50 first-prize money and shows how her days spent reading and writing at her local library in Jamaica paid off. Cordella took the top spot by correctly spelling the word “diatonic,” which refers to a molecule that contains two atoms.

Cordella is a retired school teacher, book author, and was also a contributing writer to the popular website Jamaicans.com, Her book “The Baby Who Would Not,” tells the story of Kaeli, , who finds the multicultural environment of a hospital children’s ward to be the perfect place for her to speak up for herself and other babies. According to reviewer Ann Walters, Educator/Literary Appraiser, in Canada, The book offers “delightful story rich in African Caribbean lore underpinned by the role of the grandparent and the related range of language which envelops the family spread of the diaspora, and appealing as it seems, to both parent and child.”

Cordella has plans for her winnings” “I am going to go to Barnes & Noble to buy Chinua Achebe’s book,” said Lewis., adding that if there is money left, she will buy her daughter “a late Mother’s Day facial. “Before I came, my daughter said I was putting our reputation on the line.” Cordella was not nervous about participating in the spelling bee “because the people in this age group are very plucky,” Lewis said. “Before I came up here I was just hoping that my memory wouldn’t let me down.”

Many of the senior spellers received help from an organizer who stood next to them and repeated the words to ensure they heard them correctly. Participants could also ask for definitions of a word and to hear it used in a sentence.

Sue Krawczonek, activity specialist at Southwest Focal Point and moderator of the spelling bee, said, “We had amazing spellers. We couldn’t get them eliminated.” The Community Center plans to hold a senior Spanish spelling bee on September 17, 2019.