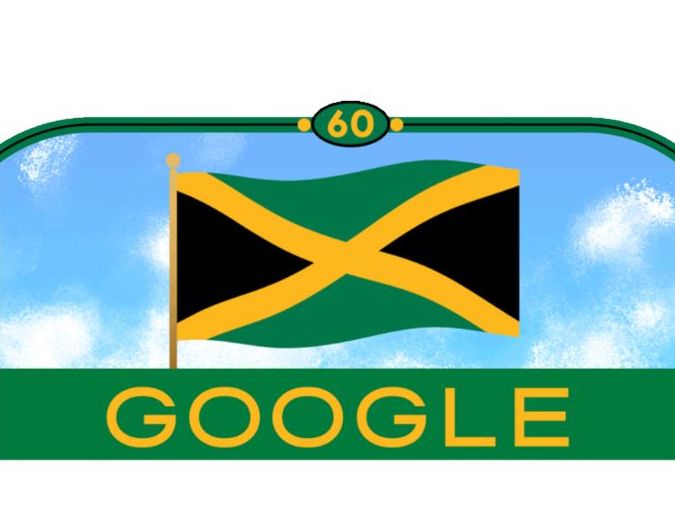 Jamaica’s 6oth Independence was honored on Google’s homepage today, with a Doodle showcasing the Jamaican flag. Below is the message on the Google Doodle page.

Today’s Doodle honors Jamaica’s 60th Independence Day. After more than 300 years under British rule, the people of this mountainous island in the Caribbean Sea fought to gain freedom.

On this day in 1962, the Jamaica Independence Act passed and granted the country freedom to self-govern. Emancipation Day is also celebrated during the same week in Jamaica, commencing many festivities on the first of the month.

As the main event of the week, the Jamaica Independence Festival, held in the capital of Kingston, showcases many cultural displays. With thumping drums and upbeat reggae music, the grand parade captures the fun-loving spirit of Jamaicans. Performing on one stage, reggae dance groups from across the globe gather during Independence Day celebrations for the World Reggae Dance Final, an event organized by the Jamaica Cultural Development Commission.

Men and women move to the beat in traditional clothing such as layered skirts or dresses, and intricate headscarves and turbans that bear the green, yellow, and black colors of the Jamaican flag—like the one pictured in today’s Doodle.