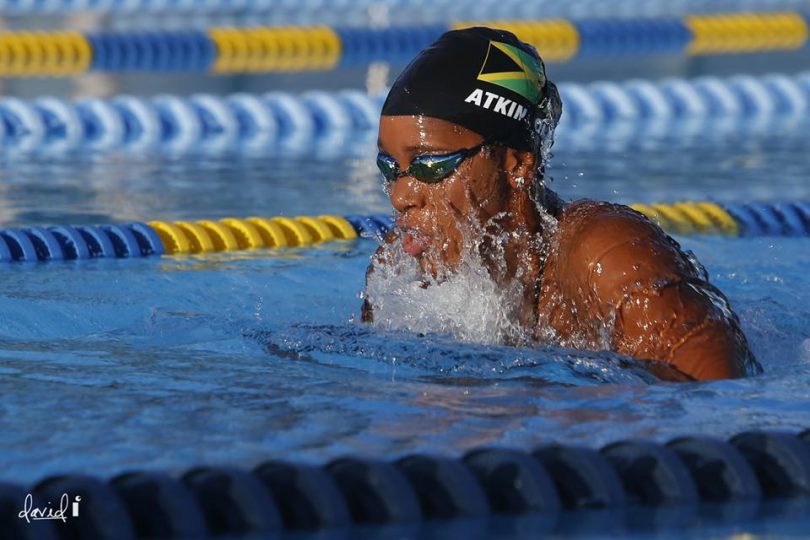 Finishing in a joint third place at the semi-finals of the women’s 100-meter breaststroke competition at the 2016 Olympics in Rio, Jamaican swimmer Alia Atkinson advanced to the finals. This is the fourth Olympic Games for Atkinson, who swam the distance in the semi-final in 1:06:52 minutes, tying with Kate Meili of the United States for third place. American Lilly King took first place in the semi-finals with a time of 1:05:70. Atkinson, 27, has yet to win an Olympic medal. She won a silver medal in the 50-meter breaststroke with a national record of 30.11 seconds won bronze in the 100-meter breaststroke at the FINA World Swimming Championships. She also won a bronze medal at the 100-meter breaststroke Pan American Games in Toronto, Canada. Atkinson was named RJR Sportswoman of the Year in 2014. Discussing her chances in Rio, Atkinson says that everything looks good statistically and expects to be a medal contender. However, she acknowledges that “’anything can happen” but that she is handling her stress “really well.” In the qualifying round for the semi-finals, Atkinson had an easy finish in Heat Five to take second place with 1:06:72 minutes; he time was the seventh fastest among the 16 swimmers to qualify. According to Martin Lyn, former president of the Amateur Swimming Association of Jamaica and deputy chef de mission, said that Atkinson performed exactly as planned, not going out too fast and conserving her energy to make it to the final. Lyn added that Atkinson was feeling relaxed about the final, which augured well for her performance.