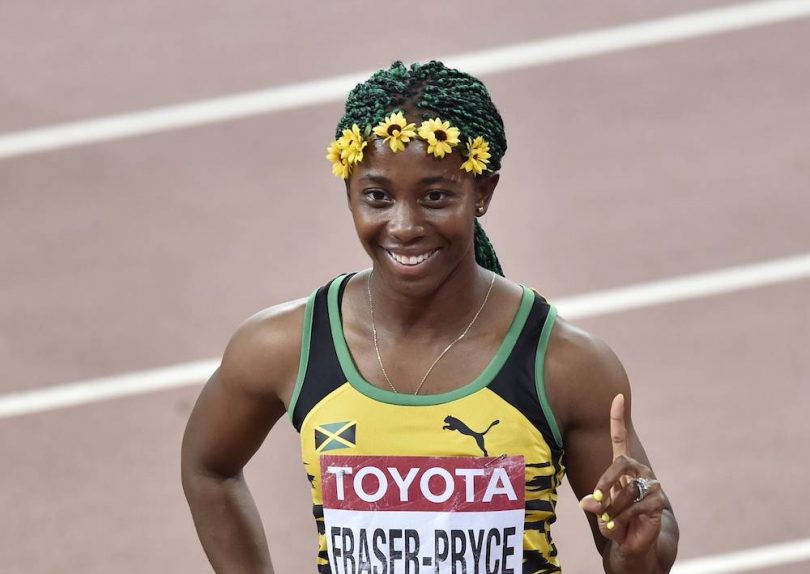 Jamaican Shelly-Ann Fraser-Pryce, 34, became the second-fastest woman in the world in the 100-meter event when she ran the distance in 10.63 seconds at the JAAA/JOA Olympic Destiny meet in Kingston. Her time places her second only to the late Florence Griffith Joyner’s 10.49-second run in 1988 and solidifies her position as the runner to beat at the Summer Olympics in Tokyo. Fraser-Pryce’s 10.63-second finish allowed her to replace Carmelita Jeter of the United States as the second-fastest 100-meter female sprinter in history; Jeter turned in a time of 10.64 seconds in 2009. Joyner died in 1998.

Her time is likely to renew a debate over the new spike technology, with one prominent coach stating that the latest sprint shoe from Nike is worth at least one-tenth of a second over 100 meters in comparison to the company’s previous sprint model.

According to Fraser-Pryce, she was surprised by how fast she ran. She told reporters that she never expected to run 10.6. “I’m lost for words because 10.6 has been a dream, a goal, I’ve been working so hard, being so patient to see it finally unfold. I’m so ecstatic.” She is now looking forward to what her work and the process will bring in the future, since she is already running 10.6. “I did say that this year I wanted nothing more than to break the 10.7 barrier and I did it.”

Carmelita Jeter took to Twitter to congratulate Fraser-Pryce on her achievement, posting, “I just woke to some amazing news. Shelly-Ann has done it again. I give credit when it’s due. You have come back from having a child and showed the world how talented and driven you are. You are officially the fastest woman alive. Keep motivating these young queens.”

Fraser-Pryce won gold medals in the 100-meter event at the 2008 and 2012 Olympics, as well as at the 2019 World Championships. She lost to Dina Asher-Smith of Britain two weeks ago in Gateshead on a cold and wet night of competition, but found perfect racing conditions at National Stadium in Kingston. She had a fast start and was clear of the pack by the halfway point before breaking her own national record of 10.70 seconds in the 100 meters by the end of the race. At the start of the race in Kingston, the Olympic favorite was American Sha’Carri Richardson, who clocked 10.72 seconds in the spring of 2021. Jamaican Elaine Thompson Herah is ranked third in the world for 2021, running the distance in 10.78 seconds, although she has previously run the 100 meters in 10.70 seconds.

Britain’s Asher-Smith, 25, had a time of 11.35 seconds at Gateshead, running into a strong headwind and driving rain. She said she is in better shape now than when she finished second at the 2019 World Championships behind Shelly-Ann Fraser-Pryce.