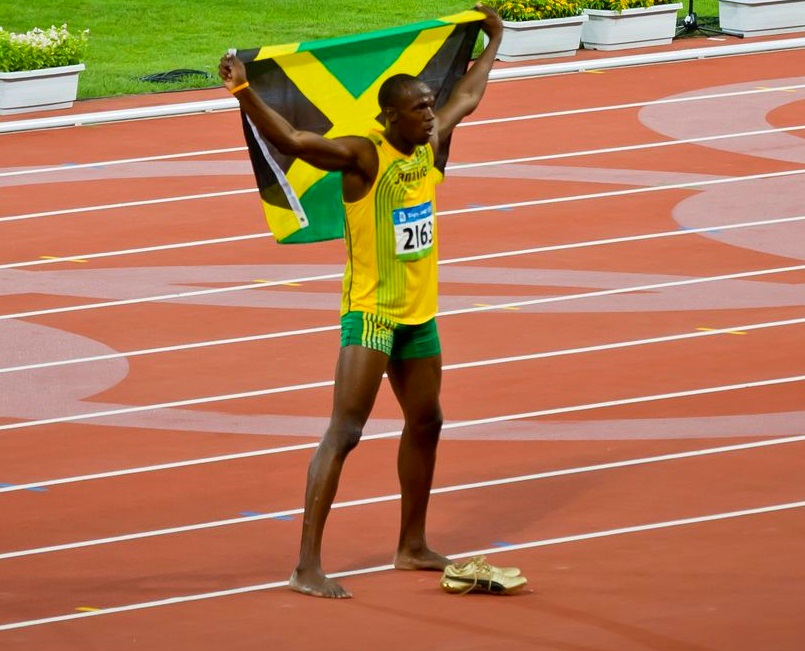 Jamaican Olympic champion and legendary sprinter Usain Bolt was ranked Number One in a list of the Top 10 Sports Stories of the Decade compiled by ABC television. The network cited Bolt’s performance at the Summer Olympics in 2012 and 2016, describing the athlete as “impossibly cool” and “wickedly fast.” Bolt’s achievements altered the sport of sprinting during the entire decade of the 2000s. His performance in London in which the runner went into the Olympics as an underdog in spite of the global celebrity he achieved after the 2008 Olympic Games was particularly noted as an example of his dominance in the sport. Before traveling to London in that year, Bolt had lost to Yohan Blake in Jamaica’s qualifiers, but when it came time for Bolt to compete in London, Bolt cruised to a gold medal in the 200-meter final, breaking the Olympic record. He then went on to sweep three events to win gold in the 4×100 meter relay and the 100 meters. Just four years after his appearance in London where he dubbed himself “the greatest athlete to live,”, it was apparent that the world agreed with him. Bolt achieved another three-event sweep at the Rio Olympics in 2016, two days before he turned 30. By the time 2017 came around, Bolt had won every 100-meter event he had competed in over the past four year period. Bolt was defeated at the World Championships in 2017, but his performances at the 2012 and 2016 Olympics solidified his legendary status in history.

The other Top 10 stories of the decade included, in order, the Chicago Cubs winning the World Series in 2016, gymnast Simone Biles performance at the the 2016 Rio Olympic, Malcolm Butler getting the win for the Patriots in Super Bowl XLIX, Odell Beckham’a physics-defying move caught in a photograph in a New York Giants game in 2014, Villanova’s Kris Jenkins making title-clinching 3-point shot in title game against North Carolina in 2016, the World Cup win by US women’s soccer team in 2019, Ray Allen”s saving Miami Heat’s repeat titles, the impact of Steph Curry, Klay Thompson, and Kevin Durant on the NBA, and the five-of-10 championships achieved by the University of Connecticut’s women’s basketball team in 2010, 2013, 2014, 2015, and 2016.