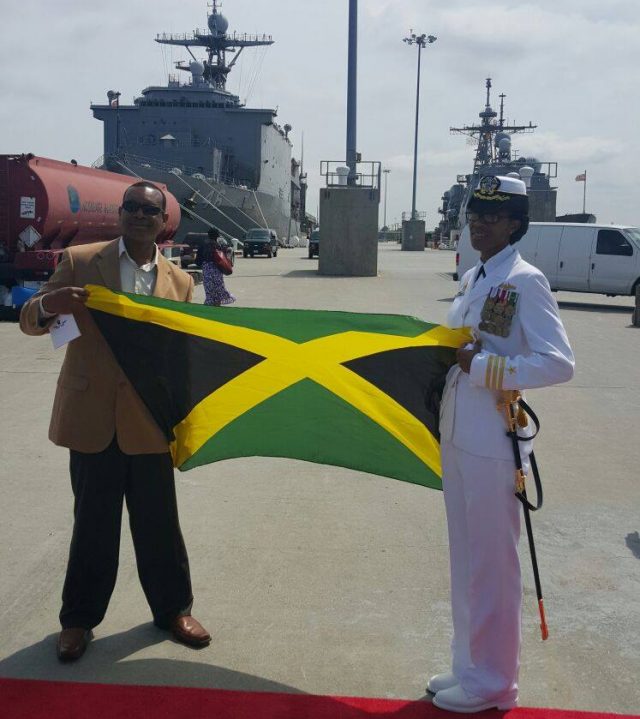 Commander Janice G. Smith is the first Jamaican American to become the commander of a destroyer in the United States Navy. She assumed command of the ship, the Arleigh Burke-class guided-missile destroyer USS Oscar Austin (DDG 79) at a ceremony attended by both past and present members of the Oscar Austin’s crew, friends, and family, held on May 2, 2016. Smith is from the Morris Hall District, St. Catherine. She moved with her family to Florida in 1988 after attending Bog Walk High School. In 1989, she enlisted in the U.S. Navy as a mess management specialist, and in 1997, she earned her commission from Officer Candidate School. Commander Smith joined the crew of the Oscar Austin in 2014 as ship’s executive officer. She will remain in the post of commanding officer for 17 months, Smith is only the second African American woman to command a destroyer; she is the first female commanding officer of the Oscar Austin.