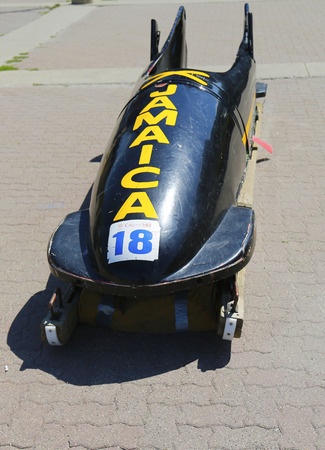 The manufacturers of the Shitamachi Bobsleigh have donated one of its sleds to Jamaica’s national bobsled team to help them achieve a spot at the 2018 Winter Olympic Games in Pyeongchang. The sleigh was developed by the manufacturers in Tokyo’s Ota ward. The donation was provided to the Jamaican team after the Japanese Bobsleigh, Luge and Skeleton Federation rejected it in favor of sleighs made in Germany. Chris Stokes, president of the Jamaican Bobsleigh Federation, said that Jamaicans are going to win medal at the 2018 Games with the Shitamachi sleigh. Some 100 factories offered to develop the sled and worked closely with Jamaica’s team to fine-tune the equipment. If the Jamaicans qualify for the 2018 Winter Olympics, their entry will represent the 30th anniversary of the team’s bobsleigh debut at the Calgary games in 1988, which became the inspiration for Hollywood’s “Cool Runnings” film in 1993.

The original Jamaican bobsled team, consisting of Devon Harris, Dudley Stokes, Michael White, Freddy Powell, and last minute replacement Chris Stokes, debuted at the 1988 Winter Olympics in Calgary, Alberta. The team was coached by Howard Siler, an Olympic bobsledder for the United States in 1972 and 1980. They quickly became very popular, largely because of their status as the ultimate ‘underdog’ story of the games. Alongside the novelty of a tropical country competing in a cold-weather sport, the team had very little experience going down a bobsled track, and borrowed spare sleds from other countries to compete. In a show of sporting camaraderie across national boundaries, other bobsledders were quick to give them guidance and support. They did not officially finish after losing control of the sled and crashing during one of their qualifiers.

The team returned to the Olympics in the 1992 Winter Olympics in Albertville, France, but finished poorly. They qualified again for the 1994 Winter Olympics in Lillehammer, Norway. There, the Jamaican four sled stunned many of their critics by finishing in 14th place, ahead of the United States, Russia, Australia and France.