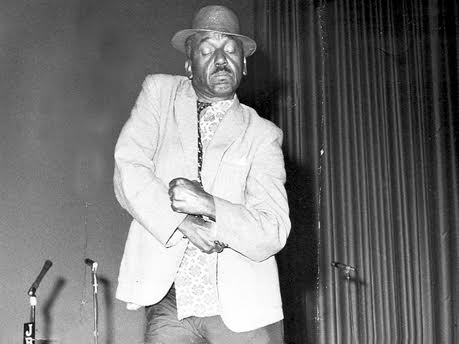 The Jamaica Cultural Development Commission (JCDC) an agency of the Ministry of Culture, Gender, Entertainment and Sport will commemorate the 104th anniversary of the birth of theatre practitioner and cultural icon Randolph Samuel Williams, CD, popularly known as Ranny Williams or “Maas Ran” with the launch of two comedic competitions on his birthday, Wednesday, October 26. The competitions, Gi Joke Like Maas Ran and Write Like Maas Ran invite the public to try their hand at two of Maas Ran’s greatest skills, while having a chance to win a cash prize.

According to Director of Marketing and Public Relations at the JCDC, Stephen Davidson: “These two competitions will allow Jamaicans and Jamaican Language enthusiasts from far and wide to try their hand at two of Maas Ran’s greatest crafts, while celebrating the legacy of this theatrical great.”

He continued, “If you are a comedian or someone who can tell a good old-time joke, Gi Joke Like Maas Ran is your chance to win a cash prize while doing what you do best. Likewise, writers from all age groups and skill levels are encouraged to enter the Write Like Maas Ran competition, where they can tell a real old-time story while also walking away with a cash prize”.

Davidson further stated that persons interested in entering the Gi Joke Like Maas Ran competition should send a video clip of one minute or less in length of them telling an original Jamaican Joke to [email protected] by Friday, November 11, 2016.

“The entries received will be posted on the JCDC’s Facebook page, where the video with the most likes will win $30 000. However, jokes with explicit or inappropriate content or Language will be disqualified.” Davison said.

As for the Write Like Maas Ran competition, Davidson explained that persons interested in entering should write a short comedic work entitled Maas Ran and Di Duppy.

“This work may be an original poem, short-story, sketch or any other literary form, and the winner will receive a prize of $40 000.” Davidson said.

He continued, “Entrants for this competition are asked to also submit their entry to [email protected] by Friday, November 11, 2016, and to clearly identify their name and a contact number in the body of the email.”

Ranny Williams was a dramatist, comedian and radio and television host. Over the course of his life he appeared in many pantomimes, films and on television. He was the host of the television show the Ranny Williams Show and his films include A High Wind in Jamaica, Oh Dad Poor Dad, Jamaica No Problems, and The Marijuana Affair. His list of awards and achievements include: The Jamaica Certificate and the Badge of Honour in the Queen’s New Year honours list, the Institute of Jamaica’s Silver Musgrave Medal, Commander of the Order of Distinction (C. D.) for Outstanding Services in the field of Entertainment and the Centenary Medal.