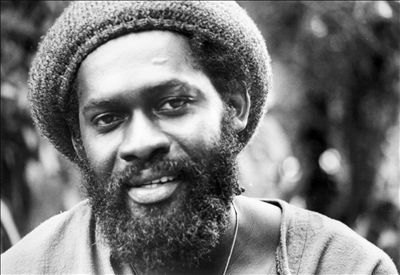 As a young music collector and undergraduate student-journalist in the 1980s, I was introduced to lover’s rock singer Jimmy Riley via his big hits “Love and Devotion” and “My Woman’s Love,” produced by Sly and Robbie on their Taxi label. Love and Devotion was personal to me because the lyrics expressed what I was experiencing at the time—betrayal after being cheated on by my girlfriend at the time.

I met Riley in Super Power Records in Brooklyn, and had a brief conversation with him about his musical career. At the time, Riley was the lead vocalist for  the Wailers during their 1980s U.S. tour. I would later cover Riley’s performance at the Beacon Theatre in Manhattan.

These memories flooded back when I heard about Riley’s death in New York on March 23 at age 61 from bone marrow cancer. He was diagnosed with cancer two years ago and had been receiving treatment in the United States. Riley was the father of noted reggae singer Tarrus Riley.

Born in Kingston, Riley’s solo career began in the 1980s as a soulful Motown-influenced vocalist. He, along with Dennis Brown, Gregory Isaacs, Black Uhuru, Ini Kamoze and The Tamlins (Baltimore), were members of Sly and Robbie’s Taxi Gang label at Channel One Studio. Riley had four back-to-back No. 1 hit songs: Love and Devotion, Give Me Love, My Woman’s Love, and Black Mother Prays. His career soared internationally, when in 1985 he delivered a stellar performance at the first Reggae Japan Splash 85. Riley shared the stage with Max Romeo, Bob Andy, Judy Mowatt and Freddie McGregor at the milestone event.

Riley would later record a hit with son Tarrus titled Pull Up Selector in 2007. Contradiction, his last album, was released in 2013.

Riley’s singer/songwriter career began during the Rock Steady era in the late 1960s with The Sensations and The Uniques, two successful harmony groups. The latter was led by Keith “Slim’ Smith,” Riley’s schoolmate and mentor. Their hits, included Watch This Sound, My Conversation and Let Me Go Girl.