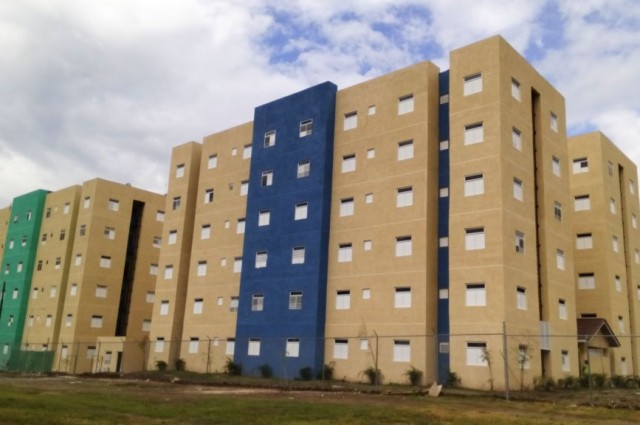 The Jamaica Mortgage Bank (JMB) has assumed the role of lead banker in a syndicated construction loan agreement valued at $1.7 billion with National Commercial Bank (NCB) and 138 Student Living Ltd., to undertake Phase Two of the University of the West Indies Student Housing Project.

This the second such agreement between the two financial entities and the developer, for student accommodation on the University of the West Indies, Mona Campus. The project, which is the largest undertaken by the JMB in its 45 year history, is part of a three-phase student housing project and is to be built over a 12-month period.

General Manager of the JMB, Mr. Courtney Wynter, said he is impressed with the manner in which phase one was conducted, particularly with the record time in which the project was completed.

“The project took about nine months to complete and based on my understanding, the students are pleased with these state-of-the-art dorms. It is also noteworthy that the bank was repaid in full at the agreed time,” he said.

He pointed out that the project is contributing to economic progress through investment in education, housing development and construction, which are key drivers of growth.

Mr. Wynter noted that the public-private partnership for student accommodation is the first of its kind in Jamaica and that the JMB is very happy to be leading the financing with NCB for the project.

Principal of the UWI, Mona Campus, Professor Archibald McDonald, said the project marks the beginning of a new era of the UWI, and for tertiary education in Jamaica.

“The importance of this partnership is not simply about providing us at Mona with 1,584 new rooms over three years… It is much more than that. It marks the beginning of what will hopefully be a new direction for funding tertiary education in Jamaica and the Caribbean,” he said.

Professor McDonald said that recruitment of a large number of international students is a central plank of the UWI’s strategic plan and the Mona campus’s operational plan.

“Because of this partnership, students will now have access to first world accommodation, attracting those who are able to fund their education. It is also critical to our efforts to ensure that no Jamaican student is denied a UWI education because of inability to pay,” he said.

The Principal explained that the fees from international students will enable the university to continue to provide bursaries, scholarships and other forms of financial assistance to those students who are unable to fund themselves. “I think we have created a unique model here. It is not just another public private partnership. We have created a model for the funding of tertiary education in Jamaica which fully involves the private sector. Through this project, the private sector will see through our actions that they can invest in tertiary education and get a reasonable return on their investment,” he said.

Chairman of 138 Student Living, John Lee, said his company is pleased to welcome JMB and NCB on board again for the phase two development.

“We expect on-time delivery and repayment within the stipulated time frame as was done for phase one,” he said.

This model is a recognized way of providing student housing in Europe, North America and Australia, but it has not been tried in Jamaica. There is a great need for student housing on the Mona Campus and fund managers in Jamaica are looking for new opportunities. When you put all these things together, it presents a welcome opportunity for this kind of project, the Principal said.

The housing development involves the construction of 11 six-storey buildings, configured to allow access for the disabled. The three phases will cost approximately $4 billion.