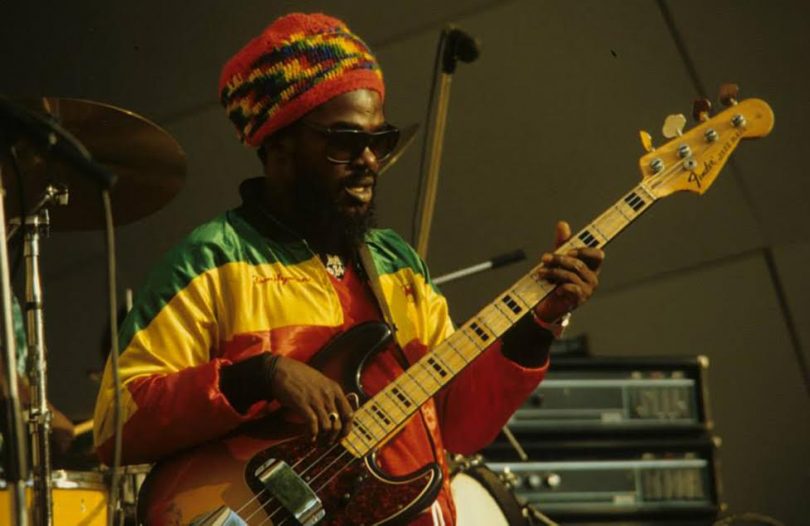 On August 31, 2016, a hearing was held to address the case of Aston “Familyman” Barrett and members of the original Wailers band against former manager Jennifer Miller, Back Bay Management, members of the band touring as “The Wailers,” and Monterey International Booking Agency. At this Emergency Hearing, Familyman et al (Plaintiffs) sought a temporary injunction to halt the touring band from using their name, pictures, images, and video for commercial purposes, and, to prevent them from using the name, pictures, and video in any promotional materials. Familyman et al claim that this sham band has caused The Wailers band great and immediate harm, as well as injury to their reputations and good will.

To note, these Orders were effective August 31, 2016. In the weeks since, there has been continual use of Familyman’s photos and videos, as well as the portrayal of the Plaintiffs’ long history of record sales, performances, and renowned legacy as their own. For shows where fans expected to see Familyman and his band The Wailers, and didn’t, they may be entitled to go back to the promoters and demand their money back. In Virginia, where it’s unlawful to “advertise, promote, conduct business, or deliver a performance that is known to be false, deceptive, or misleading, with the intent to deceive and defraud the public,” the fans who purchased tickets for the Lockn’ Festival, held August 28, may also be entitled to take action. There is a video of that performance. See for yourself. No Familyman, no Wailer.

After a few minor tweaks to the hijacked wailers.com, a name Familyman registered in 1998, and its social media sites, the Defendants continue to move forward with current engagements, as well as booking more, using, in multiple instances, Familyman’s photos, video, legacy, and name. As of September 14, the official day the order was entered, Monterey International had Familyman’s image and Wailers’ history on its site!

For more than 50 years, the world has recognized The Wailers name. It’s common knowledge that Familyman Barrett is the founder and captain of The Wailers band, formed in 1969 as backup for the original Wailers – Bob, Peter, and Bunny. In 1974, after Bunny and Peter’s departure, the group was called Bob Marley & The Wailers. Tyrone Downie, Earl “Wya” Lindo, and Al Anderson were the first members to join Familyman. Junior Marvin and Alvin “Seeco” Patterson soon came onboard, and The Wailers recorded and toured until Bob’s passing in 1981. The Wailers band has performed consistently for decades. This is the beauty of The Wailers, their music – mostly written or co-written, arranged, and often times produced by Familyman and Wya Lindo – continues to make the whole world dance.

Around 2012, Familyman broke off a personal relationship with Miller, who was representing him and The Wailers at the time. A legal notice provided by counsel stating that she no longer represented Familyman or The Wailers followed in May 2016. The professional relationship was over, leaving Miller without the right to use the name, image or likeness of Familyman or The Wailers. Moving forward, Familyman brought along his drummer/son Aston Barrett, Jr. and lead singer Josh David Barrett from the previous band, and reunited with his former Wailers band mates to tour the US in July. In the meantime, Back Bay and Miller formed a new band and called it “The Wailers.” Monterey International went on booking the new “The Wailers,” knowing that there was not an original Wailer left in the band. They all continued using Familyman’s images, videos, legacy, and name to advertise and promote the now sham band.

Per the Judge’s order, Jeffrey Breit Esq and Stephen Screnci Esq, counsels for Familyman et al (Plaintiffs), and William Devine Esq and Kelley Holland, counsel for Michael Jones and Back Bay Management (Defendants), are conferring. “We are now asking Back Bay and Miller for the financial books and company records,” said Attorney Screnci. “And, we need to get the word out to fans, venues, and promoters to stop promoting this band as if they are Bob Marley’s Wailers. They are not. They are a basic tribute band.” As of this order, there are no attorneys on record representing Jennifer Miller or Monterey International.

Huge financial benefits are – and have been – received by the Defendants as a result of exploiting Aston “Familyman” Barrett’s name and “The Wailers,” a name they are not entitled to use. Familyman et al (Plaintiffs) have been seriously harmed and will continue to be harmed by the actions and illicit gains of Back Bay, Miller, and Monterey (Defendants). The reputation and status of beloved Familyman and The Wailers band are at risk, and the respect and goodwill they have created with generations of fans hangs in the balance. This story continues.