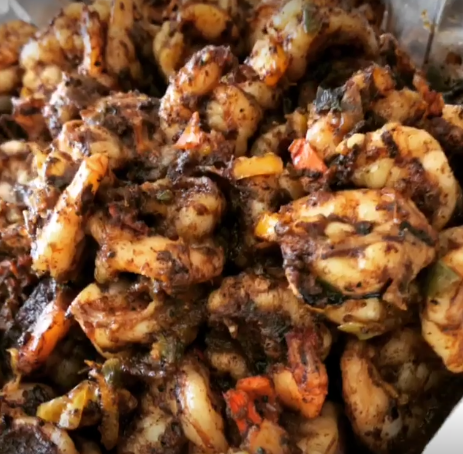 The Kartel Kitchen, which refers to the weekly transformation of a student apartment into a place where Jah-Shea Sutherland, a writing-arts-education major, and Denise Brown, a journalism major, make Jamaican food for at least 40 fellow State University of New York at Plattsburgh students. Sutherland and Brown, who are both full-time students with full-time jobs, take one day per week to prepare the meals and make some extra money. They began making Jamaican food in their dorm during their freshman year, and people who stopped by said they would pay money to enjoy the food themselves. That was the start of their Kartel Kitchen business. Most meals cost ten dollars, but for a little extra, the duo will add side dishes and delivery.

They received some financial help from their parents at first, which they used to buy the equipment they needed, but now they buy all ingredients themselves, do the work themselves, and spend every Sunday working to prepare food in their kitchen. Sutherland said that it doesn’t feel like work for her. Taught to cook by her grandmother when she was five years old, she has loved cooking ever since, especially Caribbean foods because both she and Brown are Jamaicans, and their food is much appreciated by other Jamaican students.

According to Faty Sylla, a sophomore who has a great appreciation for the home-cooked meals, “Having cultural food makes me feel like I’m not drowning in chicken tenders, fries, and Subway every day,. She added, “Campus food makes me homesick because I’m missing the food I would be eating if I were home.” She also said that she relies on Sutherland and Brown to feed her every weekend.

On Instagram, the Kartel Kitchen showcases the variety of its offerings, which have included fried shrimp, fried chicken, collard greens, cornbread, candied yams, Caribbean-style jerk chicken and jerked jumbo shrimp with rice, peas, and smoked cheddar mac and cheese. All the hard work the duo put into their cooking is worthwhile, as they are making a profit.

Sutherland and Brown say that after they have completed their college work, they would like to open a full-scale Kartel Kitchen to reach even more people with their Jamaican cuisine. “People say it tastes like home,” Sutherland said. “I don’t think it’s the food that tastes like home; it’s the love.”