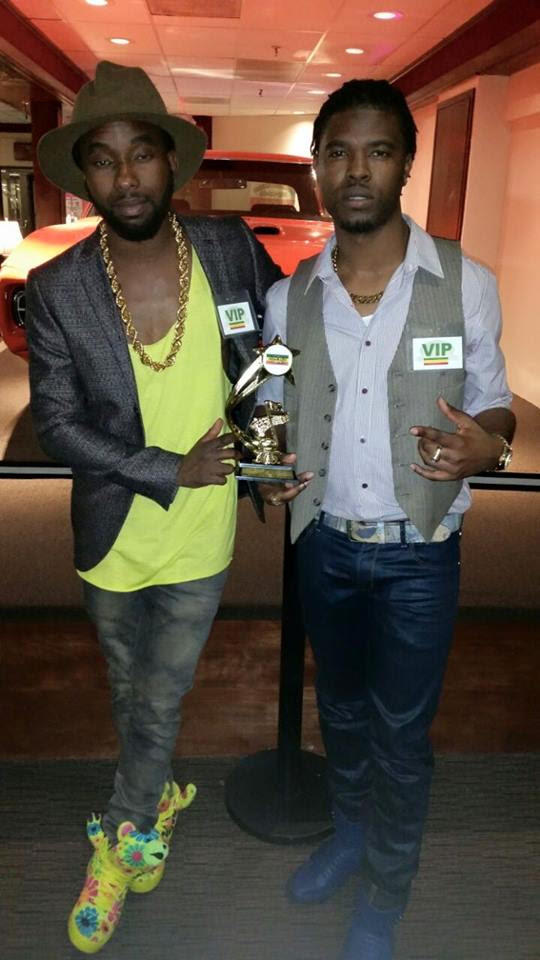 To say that it has been an eventful year for reggae/dancehall recording artist Kirk Diamond would be an understatement. The whirlwind year since being nominated for his first JUNO Award has left the young star humbled by the love and support of his friends, family, fans and media. “Kirk Diamond & Bob Da Builda from DON DEM have the recipe for authenticity when it comes to dancehall Vibez. “Love Inna We Heart” is a classic hit” – Carrie Mullings (Rebel Vibez)

Over the weekend, Don Dem’s Kirk Diamond and Bob Da Builda performed at the 2015 ReggaeXclusive Recognition Award where they were surprised with a recognition Award for Video of the year. “It was an honor to receive this award. especially a best video award because it just shows that all the hard work we put in wasn’t unrecognized. I’m grateful for the award” stated Kirk Diamond.

Still receiving rave reviews, the hit single “Love Inna Wi Heart” produced by Galang Records is gearing up for a summer remix release featuring a Grammy nominated surprise artist. The rising star who has been hard at work in the studio between Canada and Jamaica explains “I have lots of projects, am about to release my mixtape in a few weeks, finishing my EP and have a big song coming out featuring a reggae legend, but that’s a surprise” – Kirk