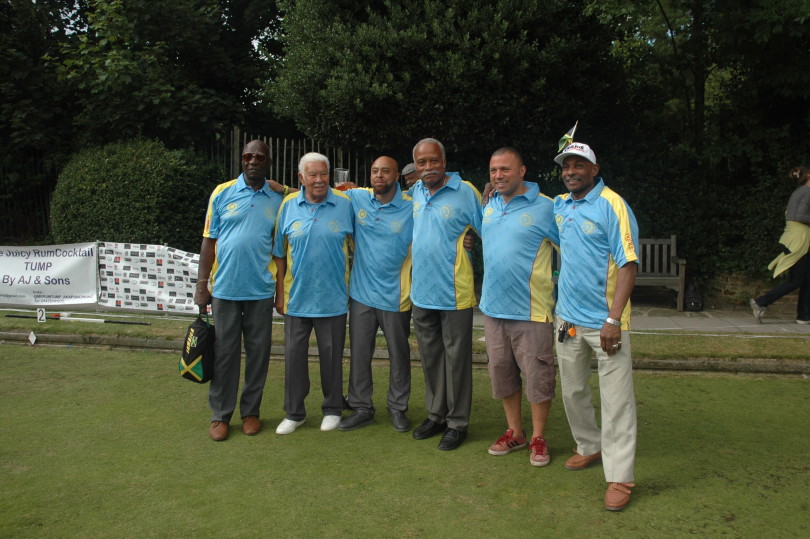 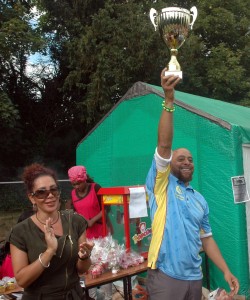 On Saturday 25th July overlooked by a tower block. 8 Caribbean lawn bowlers took the spotlight at Streatham Park Bowls Club in South London. The reason was to compete for the first ever KNCC Caribbean lawn bowls Championship created and formed by The Caribbean Bowls Tour, to help raise the profile of the sport in the Caribbean Community. The players were split into two groups of 4 and played 3 matches each. 2 points was awarded for a win and 1 for a draw, the top 2 players in each group would go through to the semi-final. By the end of the group matches it ended.

In the first semi-finals would be group winner Andrew Newell Vs Ash Young while the second semi-final would be contested by Walter Williams Vs Louie Holness group b winner. A tense and tight match saw Andrew come out on top with a narrow 7-5 over the veteran ash Young, where Walther Williams on the over hand knocked the favourite Louie Holness out with an impress 10-4 victory stamping down his authority a match before the final.

While Reggae music played and the smell of jerk Chicken and Pork filled the air the 2 players took to the green for the final, to find out which one of them would be crowned the first KNCC Caribbean Lawn bowls Champion.  The 10 end match started slowly with no one wanting to make any mistakes which could leave them to big a gap to make up in such a small space of time. After a short spell in front Andrew Newell found his self behind as Walter took control of the match in the middle stages. Andrew kept within touching distance and was holding shot in the last end while behind 7-6 with Walter yet to play his last bowl. If Walter could remove Andrews shot bowls he would win the title and be crowned Caribbean Champion 2015. Walter was unable to move Andrew’s bowl leaving the score 7-7, the match would have to go to a tie break end winner takes all. Walter won the toss and played first, his shot is short leaving plenty of space for Andrew to get his bowl in and put the pressure on, which he does. Walter misses narrowly while trying to regain control of the match, Andrew’s confidence starts to grow as he puts his 3rd bowl on the jack leaving Walter only one last chance and bowl to try and become the Caribbean champion. Andrew feeling the tension stands behind Walter and watches as he plays his last bowl towards the head.  Unfortunately for Walter his shot passes just wide of Andrew’s shot bowl and jack leaving Andrew the 2015 KNCC Caribbean Lawn Bowls Champion.

Andrew Newell said “I’m extremely happy to win this competition and be part of this project to raise the profile of the sport within the Caribbean community with the goal to get Jamaica playing this sport officially in the commonwealth games. Even more important is seeing people trying the sport which would probably never of held a bowl before this event”

Andrew was presented the trophy by Nicole White from Right Estate agent which joint sponsored the event. When asked about the company’s involvement Nicole said “ When the idea was put to us we were more than happy to get involved and support a project which benefited the community in such a way.”