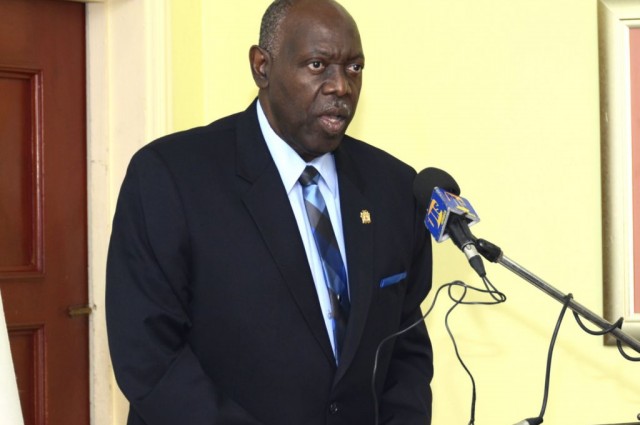 “If children can go to school and stay in school, their chances of getting proper jobs to care for their families increase and if there are tough anti-child labour laws, workplaces will be safer, proper wages will be guaranteed and children will not be taken advantage of,” he said.

Dr. Ferguson was addressing  the opening of a two-day training workshop being hosted by the Statistical Institute of Jamaica (STATIN), in collaboration with the International Labour Organisation (ILO), today (January 12), at the Knutsford Court Hotel, in New Kingston.

The workshop is expected to expose participants, which comprise  staff from the Ministry, STATIN and the Child Development Agency (CDA), to issues such as the resolution on child labour statistics by the International Conference of Labour Statisticians (ICLS), the concepts and definitions related to the issue and new survey questionnaire design and sampling.

The staff is being prepared to carry out Jamaica’s National Child Labour Survey (NCLS), which will be done over a 12-week period between April and June this year.

Dr. Ferguson said an estimated 16,240 children in Jamaica are participating in child labour. The global figure is approximately 218 million.

He said the results from the NCLS will improve the Ministry’s capacity to incorporate child labour data in its data collection Labour Market Information System (LMIS). In addition, the data will strengthen the national policy and plan of action for child labour, which now forms a critical part of the soon-to-be enacted Occupational Safety and Health Bill.

“As public servants and policy implementers, we know that evidence and data is important to the overall process of planning and policy formulation,” he said.

The survey is being done through the technical and financial support of the ILO. Jamaica is one of 10 countries to benefit from US$7 million allocated to implement this project worldwide. Some US$285,000 has been allocated to Jamaica.

Dr. Ferguson gave commendations to the ILO for its assistance.

Meanwhile, Representative of the ILO, Frederico Blanco, in an interview with JIS News, said he expects this project to have significant impact on the fight against child labour in Jamaica, by establishing in detail, the distribution, the extent and the characteristics of child labour, especially in hazardous circumstances.

“We (also) expect to have an impact through the mainstreaming of this information into the policy frameworks, such as the Poverty Reduction Strategy of the Government (and) the National Education Plan. That is the ultimate impact, that this information is used to (inform) policies to fight child labour,” Mr. Blanco said.

For her part, Director General of STATIN, Carol Coy, also expressed appreciation to the ILO for its support. She said with the increasing demand for statistical data brought on by the post-2015 Development Agenda, the forging of partnerships with international development partners is an important step in widening the range of data available to policy makers.

The 2016 Survey is the second ILO Statistical Information and Monitoring Programme on Child Labour (SIMPOC)-supported survey being undertaken in Jamaica. The first was done by STATIN in conjunction with the Ministry of Labour and Social Security, as Jamaica’s Youth Activity Survey, in 2002.