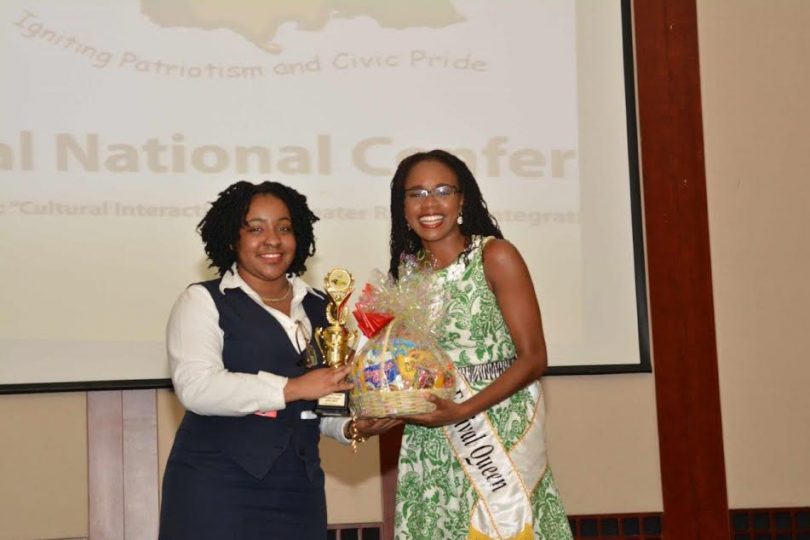 The Jamaica Cultural Development Commission’s (JCDC) Annual National Culture Club Conference will be held on Tuesday, June 20 at the Golf View Hotel in Mandeville, Manchester, beginning at 10:00 am. The National Conference, which will be held under the theme “Engendering a Culture of Love”, will highlight the major achievements of parish level Culture Clubs and see national awards being presented to clubs and individual members as well as special parish and regional reports being delivered. Her Excellency, the Most Hon. Lady Allen will be the guest speaker at the opening ceremony, while the Hon. Olivia Grange, CD, MP, Minister of Culture, Gender, Entertainment and Sport (MCGES) will bring remarks.

The JCDC, in recognizing the importance of preserving Jamaica’s culture and heritage, has established a series of Culture Clubs in schools and other community based organizations across the island, with the main aim of the Clubs being to focus on the young people through whom the customs and traditions can be channeled and preserved.

The established Culture Clubs actively engage the young people in a number of activities to include Jamaica Day/Night Celebrations, Heritage Week Celebrations, Emancipation & Independence Day Celebrations, Community Projects and the staging of Civic Functions in schools and community Clubs such as Flag raising Ceremonies.

Marjorie Leyden-Vernon, Director of Community Cultural Development Services at the JCDC stated that a part of the structure of the Culture Clubs Programme is the hosting of a National Culture Clubs Conference which in addition to highlighting major achievements of parish clubs and delivering special parish and regional reports, will also allow for the selection of the ensuing year’s theme and
area of national concentration as well as Present displays and exhibitions on achievements and project research.

“The Culture Clubs programme develops patriotism through its members’ allegiance to our nation and through its attention to the Clubs National MAP, that is: National Motto, National Anthem and National Pledge being repeated at each meeting of the Club.” Leyden-Vernon said.

This is the third staging of the National Culture Clubs Conference and over 400 delegates from across the island are expected to be in attendance. The closing Awards Ceremony will see motivational speaker Yasus Afari as the guest presenter.