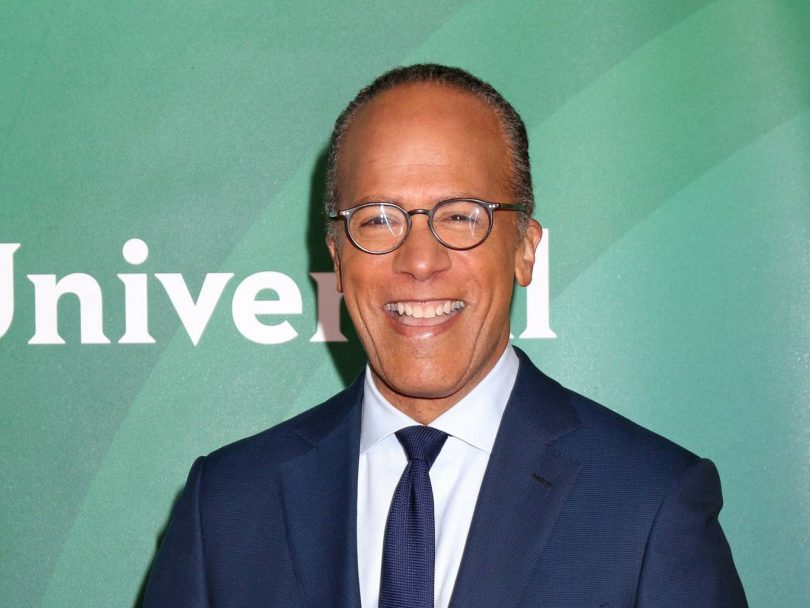 Lester Holt, an award-winning journalist of Jamaican descent, will be inducted into the National Association of Broadcasters’ Broadcasting Hall of Fame in October of 2021. He will receive the honor for his contributions to broadcast television from the National Association of Broadcasters (NAB) at the NAB Show Welcome event on Monday, October 11, 2021. According to Gordon Smith, president and CEO of the NAB, Lester Holt’s “integrity, gravitas, and dedication” have made him one of the top journalists in the United States, and millions of Americans look to him for information about what is happening in their communities and the world.

Holt is the anchor and managing editor of the “NBC Nightly News with Lester Holt” and also serves as an anchor on “Dateline NBC.” In addition, Holt heads special reports, breaking news, and primetime political coverage on the NBC network. Holt joined NBC News in 2000 and has been a moderator of presidential debates, anchored many programs, and headed coverage of major international news events, including the Olympics; he has reported on every Olympics since 2002. Holt was named the “most-trusted” news personality on television in the US, according to a poll by The Hollywood Reporter/Morning Consult.

Lester Holt was born in 1959 in Marin County, California. His maternal grandparents were born in Jamaica, and his maternal grandfather was one of 14 children born to an Indo-Jamaican father from Calcutta, India, and a White Jamaican mother from England. Holt’s maternal grandmother was born in Jamaica but grew up in Harlem, New York. His mother was born in Harlem. His paternal grandparents were also from Jamaica. After graduating from Cordova High School in Rancho Cordova, California, Holt attended California State University in Sacrament, majoring in government but never graduating. His first broadcasting job was serving as a disc jockey on a country-and-western radio station. The only full-time broadcasting work he could find was when he was willing to report the news.

Holt said he rarely talked with his grandparents about their lives in Jamaica or why they immigrated to the US. He was exposed to some of the island’s culture and customs while he was growing up and ate a lot of Jamaican foods but was not interested in pursuing that part of his heritage until his mother made her first trip to Jamaica a few years ago. He was inspired by the stories and pictures of ancestors and relatives she brought back and by the family history she had learned.

The TODAY show then asked him to do a special broadcast with his mother in honor of Mother’s Day, and he decided the two of them would “go home” to Jamaica together. He described the trip as “a rich journey of discovery” for both of them as they visited the 173-year-old church built by his ancestors, his triple-great-grandfather’s plantation, and his grave. His mother showed him the river in Spanish Town where his grandfather learned to swim. Holt said the most emotional experience he had during the trip was finding the house where his grandmother and her seven brothers and sisters were raised. He said he could imagine her and her family in the house, and his connection to Jamaica became clear to him.