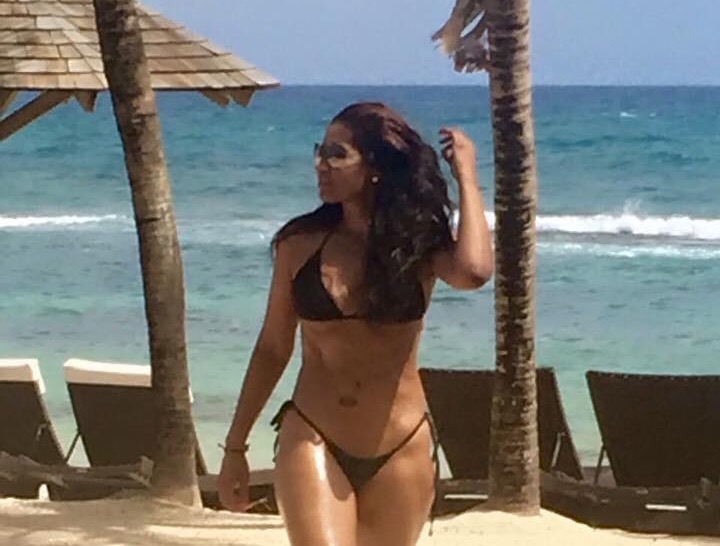 A photograph posted online to mark the 42nd birthday of Lisa Hanna, Jamaica’s former Minister of Youth and Culture and a former Miss World, has received thousands of “likes” and hundreds of positive comments on social media. In the photo, Hanna is pictured in a bikini that shows off her stunning beach body. Not everyone is happy about the post, however. According to Father Richard Ho Lung, Hanna should not post such photos, which in his words to The Star, “will evoke passions in people and become a source of temptation.” Father Ho Lung believes that arousing the passions of people should be avoided because all people are vulnerable in a culture “that is drawn to so many sins that are against the flesh.” He singled out Hanna in particular because she is a public figure. In 2015, Ho Lung labeled Hanna “the disappointment of 2014” following the posting of a photo of herself at the beach in a blouse and bikini. At the time, he questioned why the Minister of Youth and Culture would put herself on social media “just short of complete nudity.” He said it represented a desperate attempt to call attention to herself. Now, Ho Lung is imploring Hanna not to be “an occasion of sin for people.” Hanna has not issued any response to his comments.