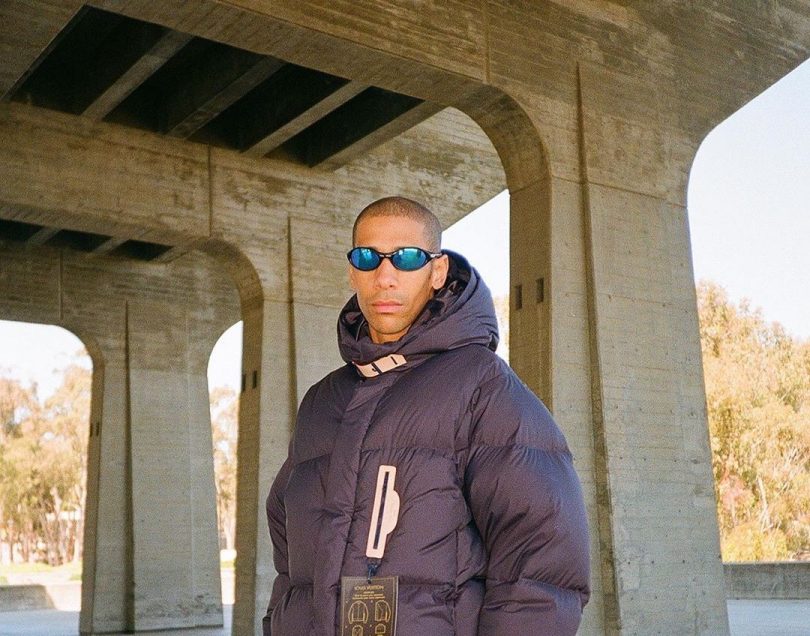 Born in Kingston, Jamaica, Clarke grew up in New York City and moved to London when he was 12. When Clarke first began skateboarding at the age of 14, he was the only one of his friends to be involved. He first met Abloh in Los Angeles, CA when Abloh was DJing and discovered that he also skateboarded.

At 31-years-old, the professional skateboarder rides for Palace Skateboards, while pursuing his own interests of video direction and photography, cataloging the lives of the Palace Wayward Boys Choir (PWBC) on Instagram during their worldwide travels. Clarke was a member of the PWBC and quickly established himself as a standout of the brand, earning himself a seven-minute part in the “Palasonic” video.

His journey from skateboard to modeling wasn’t a planned progression, but rather a confluence of the highly diverse cosmopolitan environments in which he lived where art, fashion, music and skateboarding were all part of life. Practice, drive and determination honed his skills and he eventually earned sponsorship from a local skate shop, along with British brands of Science and Unabomber. Clarke also skated for Supreme.

Clarke has walked the catwalk for Louis Vuitton and modeled for Gucci and Ralph Lauren. When Clarke attended Paris Fashion Week in 2019, he was voted best dressed. It’s taken a few decades, but skateboarding and its influence on pop culture, art and fashion is finally coming together to make its mark on the world of high fashion and Jamaican Lucien Clarke is right where he wants to be – in the middle of it all.