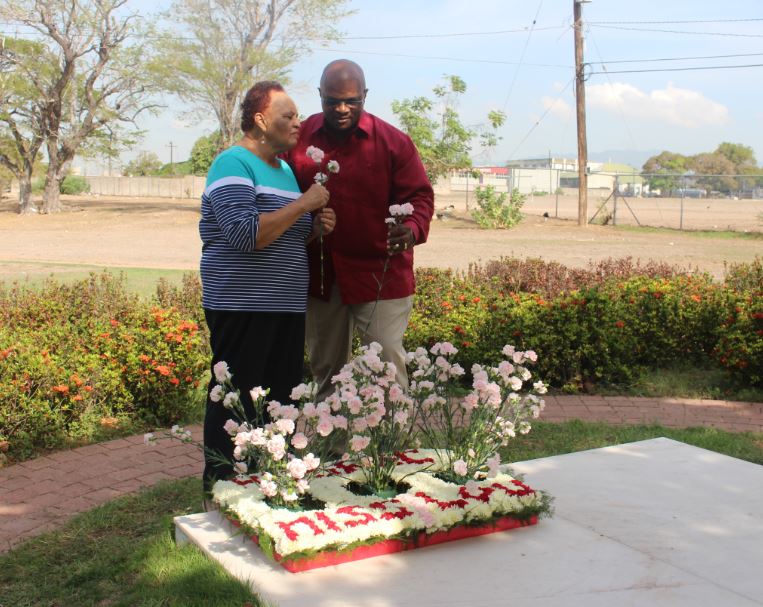 Monday, September 7, 2015 marked the 96th anniversary of the birth of beloved Jamaican cultural icon, the Hon. Louise Bennett-Coverley, OM, OJ, MBE. In continued recognition of her contribution to Jamaica’s culture, the Jamaica Cultural Development Commission (JCDC), an agency of the Ministry of Youth and Culture has produced a one-hour television feature and other activities to mark her birthday anniversary.

The television feature entitled “Tenky Miss Lou” featured documentary tributes with performances of Miss Lou’s works in song, poetry and dance interspersed with interviews excerpts from footage of Miss Lou and facts about her life. The television feature was aired on TVJ at 6:00 p.m., CTV at 8:00 p.m., PBCJ at 9:30 p.m. and on CVM TV at 10:00 p.m. with a repeat on CVM on Wednesday at 9 p.m. In addition to the feature, the JCDC had a full day of activities beginning at 8:00 a.m. 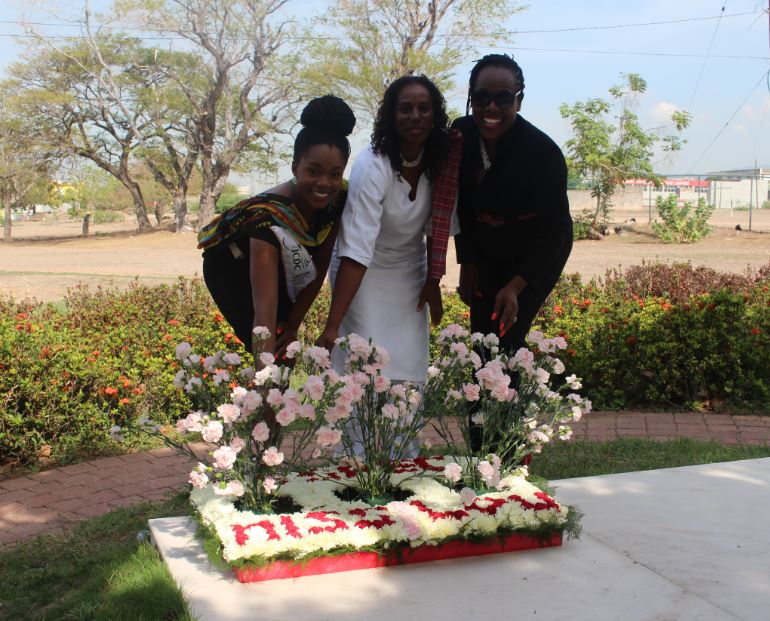 (left to right) The Jamaica Cultural Development Commission’s Miss Jamaica Festival Queen 2015, Chereese Ricketts, and veteran Jamaican actresses Karen Harriott and Deon Silvera place flowers into a wreath on the shrine of the Hon. Louise Bennett-Coverley at the National Heroes Park on Monday. This was a part of a floral tribute from the theatre fraternity to the cultural icon, Miss Lou, on the 96th Anniversary of her birth. 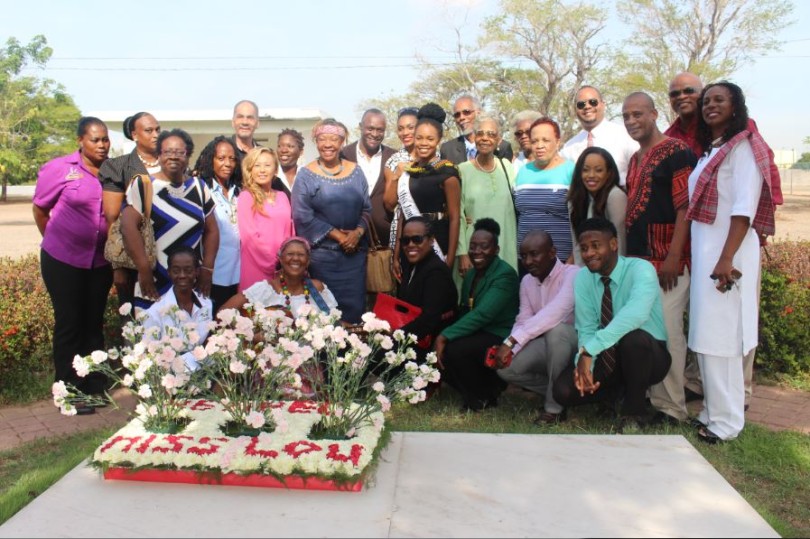 Members of the theatre fraternity along with a few members of staff of the Jamaica Cultural Development Commission (JCDC) gather at the shrine of the Hon. Louise Bennett-Coverley at the National Heroes Park to pay respects to the cultural icon with a floral tribute on the 96th Anniversary of her birth on Monday. 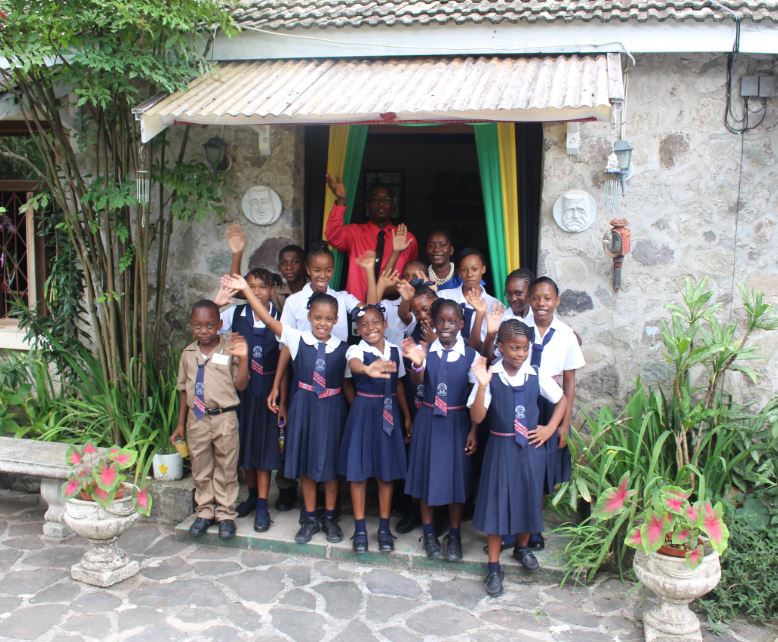 Students of the Louise Bennett-Coverley All Age School, accompanied by their teachers pose for a photo in the entry way to the residence of Jamaican cultural icon Louise Bennett-Coverley, known more affectionately to most Jamaicans as “Miss Lou”. The students visited Miss Lou’s home in Gordon Town, St. Andrew on Monday as a part of the celebratory activities put on by the Jamaica Cultural Development Commission (JCDC) to celebrate the 96th anniversary of her birth.