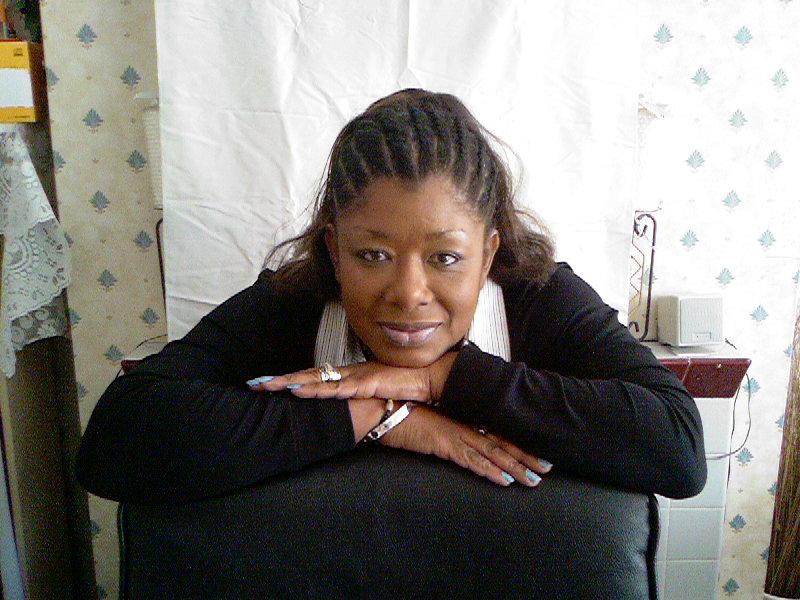 This month we do “10 questions” with Lovena Brown, a British-Jamaican actress who has starred in numerous theatre plays and on the BBC series “Blouse and Skirt”. Her newest venture is the website Caribbean celebrities and her Breakfast TV show on the Sky network in the United Kingdom.

Q: Tell us why you created Caribbean Celebrities website? What was your main goal?

A: I created Caribbean Celebrities with Terry Paul (Co-founder) for two main reasons
A). To address the void that exists in UK Television where content i.e. there are no programmes on TV that positively focuses on Jamaica and the Caribbean. Programmes tend highlight the negative. I wanted to put the spotlight on our rich history and culture, our achievements, our talents and the beauty of our region by creating original content that addresses all these areas to present them to the UK Television audience
B). To give Caribbean actors that reside in the UK another avenue to showcase their talents and skills.

Q: Do you also use the breakfast TV program on Sky Network to promote Jamaican
talent?

A: Absolutely, I also have my own talk show every week on Tuesday at 11:00 a.m. where I bring in special guests in the form of famous artistes, musicians, actors, actresses and basically anybody even remotely connected to Jamaica or the Caribbean and are doing or have done very positive things for the diaspora.

Q: Are the Jamaican actors in film subjected to stereotyping in the UK?

A: To put things into perspective, there are really no Jamaican or even Caribbean actors who have featured in anything significant in the UK where films or Television is concerned. What tends to happen is that British born actors who may happen to be of Jamaican parentage are quite often more likely to be cast in a film and what you then end up with is a performance that really has no authenticity because they quite often cannot speak the native Jamaican dialect – Patois. In other words, if the roles were being given to Jamaicans then I could say whether or not this is the case.

Q: How is the website going? Is your intent to broadcast Caribbean films and plays over the website?

A: The website is going extremely well. We are receiving a constant stream of ‘hits’ daily. We are also now getting more visitors taking the time to sign our guest book to let us know that they visited and to rate the site. We are already starting to introduce original streaming content on or website in the way of film, plays, music , etc. – things that you will not hear anywhere else and we expect that in 2007, the site will develop even further in that area as we are currently taking the time to produce the type of content that we want to showcase.

Q: What film or theatre play are you working on right now?

A: We have just completed production of an entirely new programme called Christmas Connection 2006, which is sponsored by Western Union. The programme is a christmas greetings show filmed entirely on location in Jamaica with people from back home sending Christmas greetings to their family and friends in the UK. The programme will be aired on BEN TV Sky Channel 148 from December 1, 2006 through to December 25th. The programme also features some great footage of Jamaican scenery, important spots, some of the new projects that have developed in Jamaica recently e.g. Highway 2000 and the new Cricket Ground being built etc. The promo has already started airing on the channel and so far the feedback has been excellent.

Q: You have worked with quiet a few of the big-name actors from Jamaica. Who was your favourite and what was the production?

A: Without a doubt, my favourite person that i’ve worked with has to be Oliver Samuels O.D. because I have learned so much from him, in particular, keeping away from productions that accentuate swearing and graphic violence. My favourite production that I worked with him on was ‘Me, Yu An Mi Taxi’ because I played his wife in the play and had a lot of interaction with him where he gave me a lot of support and advice and basically allowed me a lot of scope to develop my role on stage.

Q: What you proudest moment as an Actor?

A: My proudest moment as an actor is when I also directed the play Maama Man – I had never directed a play before so there was a lot of pressure on me to make sure it was a success. The fact that I also starred in the play added to the pressure because I had to ensure that I struck the right balance between being the director and being the Actor. The experience taught me a lot because I had to direct a lot of other big name actors in the production, so I had to dig deep to ensure that the production was fresh, funny, would allow everyone to equally showcase their skills but would capture the heart of the audience.

Q: Is there any Jamaican talent you see in the UK that you think will “buss” out soon?

A: There is only one name that stands out right now and its Ricky Rowe – He is like a little version of Oliver Samuels with an immense gift to make people laugh and be totally believable.

A: I listen to a lot of music, I enjoy sewing, gardening and just generally hanging out with my kids who I learn so much from everyday.

Q: Complete this sentence …I wish the Jamaican community in the UK would….

A: Would combine their resources a lot more to become more effective. It is very difficult in the UK for anything to be done by just one Jamaican with limited resources but if we all came together, there is so much that could be accomplished because we would become a more powerful voice which would have to be heard.

Q: Thanks for the interview. Do you have any closing thoughts for the Jamaicans.com
online community?

A: I really appreciate the opportunity you’ve given me with this interview. I hope that everyone enjoys it as much as I enjoyed doing it. I also hope that this has given everyone an insight into what I’m doing to uplift Jamaicans in the UK and just to remind everyone to keep checking my website to see more of what I’m up to.