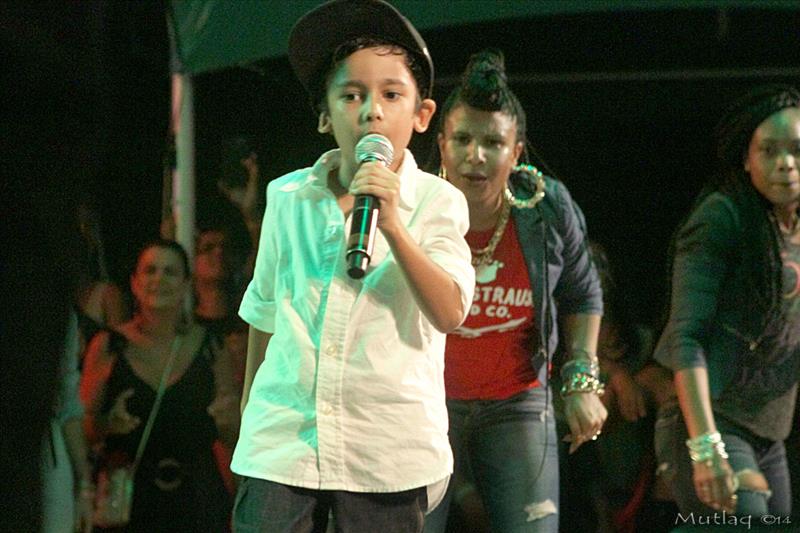 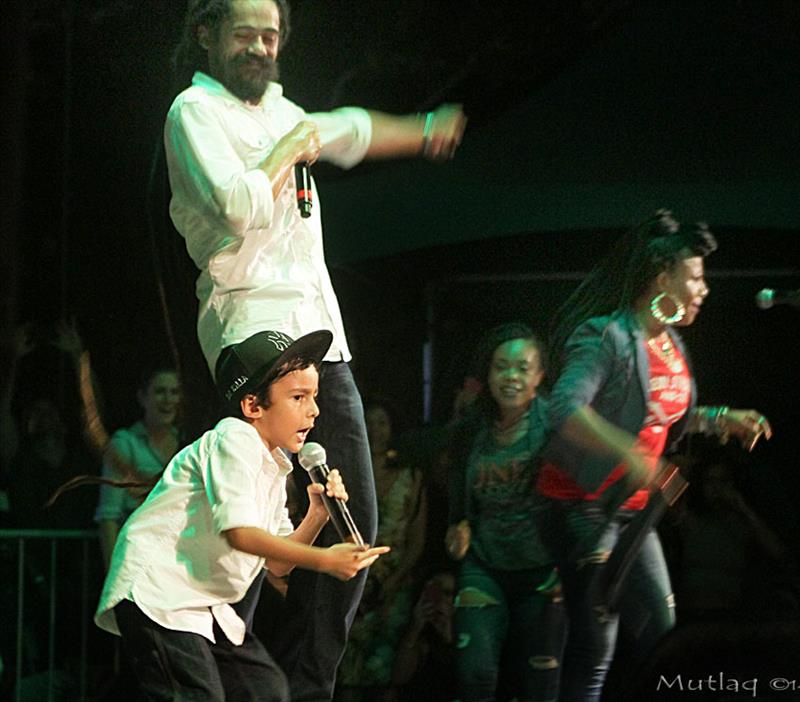 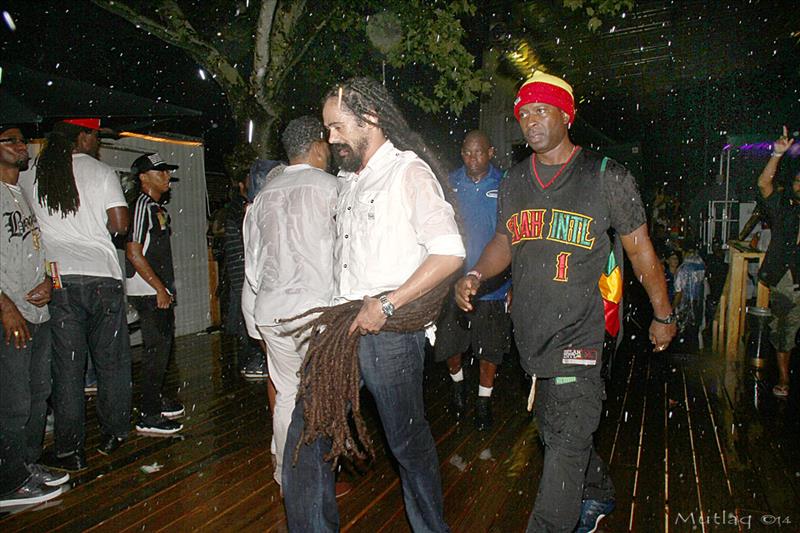 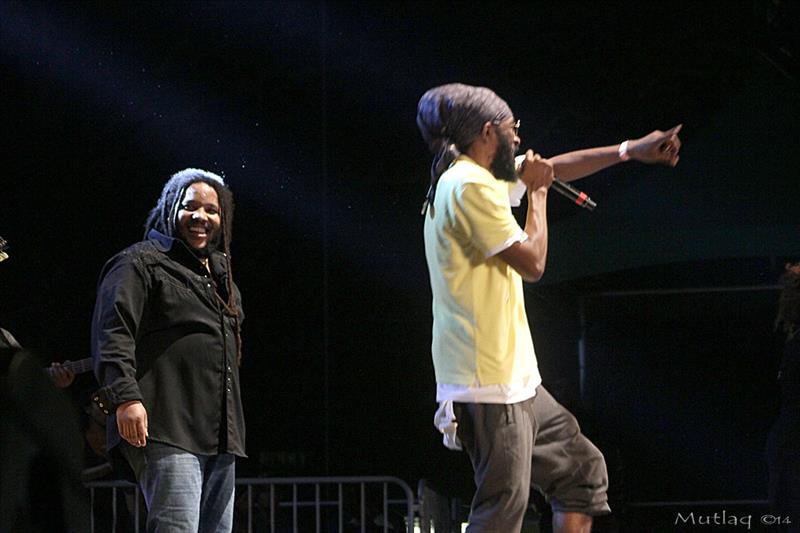 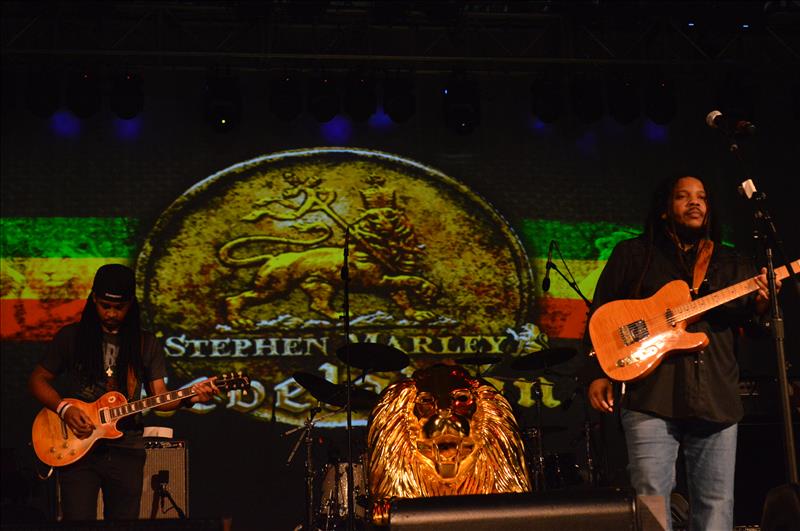 There is no rhyme to the words summer, Central Park and Marley but somehow the three find compatibility and reason.

It all started June 18, 1975 when a Jamaican Rastafarian, reggae musician named Robert Nesta Marley performed in the central Manhattan park where the Schaefer Music Festival was held.

Fifteen thousand fans flocked the area spilling onto outlying areas, some seeking higher ground on rocks and other elevated constructions.

Imagine that, he was not a Grammy winner.

He was not a pop or rhythm and blues singer.

Reggae at that time was ignored by African-Americans.

Few even knew how to pronounce the word without sounding ridiculously out-of-touch.

But during and after that performance most of New York and the rest of the world paid attention to the man affectionately known as Bob, a songwriter who in less than a decade later emerged a legend and the first Third World superstar.

Bob died too soon, May 11, 1981, and even now, privileged patrons from the era brag about seeing a legend in New York City.

Truly magical, the wizards were Ziggy, Julian, Damian, Cedella, Sharon, Stephen and yes, Bob. Though his physical presence was unseen, his spiritual manifestation was clearly evident.

Again, folks reflect on that summer as one highlighted by the Marley family’s park appearance. Through to the 21st century, elder brothers Ziggy and Stephen frequented the park, headlining the Summerstage Concert series.

On occasion, brothers Kymani, Robert and Rohan Marley have even witnessed the magic of their gene pool from the side stage.

It is no wonder that Aug. 30, 2015 an SRO crowd would fill the Rumsey Playfield to see and hear a new generation of Marleys.

Headlined this time by Stephen and Damian, they introduced their sons – Jo Mersy and Elijah AKA Lil Zilla, their sister Cedella’s son Skippy and a few friends to present an enduring legacy that perhaps will be repeated from generation to generation.

Needless to say, the 43-year-old Stephen and 37-year-old brother Damian AKA Junior Gong, AKA Gong Zilla cannot be explained for their excellence, talent and stage presence.

Ask anyone that attended the “Catch A Fire” tour concert and words will fail to fully recall the momentous showcase.

Featuring Taurus Riley and reggae’s royal family Morgan Heritage, the lineup could not have been improved.

Riley delivered his “So Royal” in truly regal form.

Along with 30 minutes of pure cultural reggae he cemented the initial force he made on the industry when he launched the song.

Although the first to take the stage he proved alluring to the crowds and commanded attention even inviting Malik Yoba and Jimmy Riley to join him onstage.

Denroy Morgan’s benefactors are second to no one.

Una, and brother Peetah displayed talent and in the process reminded patrons “You Don’t Haffi Dread To Be Rasta.”

This song seemed to have resonated more than any others as bald-head Rastas and reggaefarians looked at dreadlocked fans as if to assume inclusiveness.

But back to the Marleys and their not-so distant relatives — Stephen, popularly known as Ragga (short for Raggamufin) is the record holder with six Grammy Awards – the most of anyone in the reggae category.

Since 1985 he has been collecting those miniature gramophones at times rivaling his big brother Ziggy.

And although younger, it was he that conceptualized Ghetto Youths Production, a musical business venture that engaged his brothers to produce, record and even distribute reggae music.

But with all those accomplishments, he seemed proudest to introduce his son JoMersa to the huge Central Park crowd.

“This is my child,” Stephen said.

“Wow!” was the word, from unknowing patrons.

It was amplified louder when the young lion jumped about showing off his inheritance.

Corny as it may seem, music lovers often make comparisons about which son most mimic the likeness of the iconic Bob Marley.

As history will prove, there is no mimicry involved, bloodlines matter.

Now grandsons are exhibiting that they run deep.

After delving into his own and his father’s songbook of hits Stephen introduced his sister Cedella’s talented son Skip.

Bob and Rita’s grandson blazed past his grandfather’s discography singing his own songs.

The son of their eldest Cedella is currently showing up with his famous uncles to tour the country.

According to reports, Skip is an abbreviation of “Skipper,” a reference to which his grandfather was frequently known.

The shepherd blazed a fiery set stoking the “Catch A Fire” tour with tracks many patrons were unfamiliar but willing to test.

Certain that Skip would voice the lyrical blessings his mother voiced as a Grammy winning member of the Melody Makers, fans seemed secure in welcoming another Marley to the flock.

The teenaged Skip made his New York debut singing “Cry To Me.”

Talent seemed to have consumed the stage with more and more Marleys fronting the stage which was decorated by images of the king of reggae and the Emperor of Ethiopia who Stephen hailed in welcome “Greetings in the name of the mosthigh Emperor Haile Selassie, King of Kings Lord of Lords, Jah Rastafari.”

And throughout the concert, images of the iconic trailblazer of reggae reminded audiences that Bob Marley reigns as father, grandfather and the supreme king of reggae.

At first glance Stephen seemed ready to go the distance with an SRO audience bound to accompany him when he strummed to his father’s party track “Lively Up Yourself.”

He also treated with “Buffalo Soldier,” “Is This Love,” “Rock Stone,” and “Iron Bars.”

Mr. Cheeks joined him onstage to deliver the latter and his longtime collaborator Spragga Benz also shared the momentous evening.

According to Damian, while collaborating with hip-hop rapper Nas, he was dubbed GongZilla. Combining his already known identity as Junior Gong, son of Bob Marley the Tuff Gong – he explained that “an engineer who was working on ‘Distant Relatives’ gave me that name. I walked into the studio one day and he just went “Gong Zilla!”

Apparently the nickname is a take on Godzilla, a big lizard.

Therefore his offspring may well be known as his Lil Zilla.

More than cute, Zilla starred, upstaging his veteran father who looked prouder than the highlighting moments when he won two Grammy awards on the same night.

Zilla has been stealing moments joining his father onstage in Finland and other European cities. Here in New York, his grandmother and former Miss World winner Cindy Brakespear watched from the side-lines with backup singers, the band, flagman and patrons who urged the youth intent on making his mark.

As a matter of fact, a family support group bolstered Lil Zilla’s mega showcase through a magical rendition.

Lil Zilla proved to be more than a novelty.

“I really thought it was a midget up there, not a young child,” photographer Hakim Mutlaq said. “He is way ahead of his years.”

No longer the youngest of the Ghetto Youths recording Marley brothers, Damian championed his set delivering many of hits and to the delight of fans  ended on a high note chanting – “Welcome To Jamrock.”

On a one-night stop on their 13-date tour named from the 1973 release of  Bob Marley’s “Catch A Fire” release the benefactors of his legacy created a fire-storm that ended with a heavy downpour that did not drench the spirits of the crowd but whetted the appetite of most and  reprised hits from the burning title.

For most it is still Bob’s “One Love” anthem than registers unity and togetherness. And although that very unifying song was not among the song list, minus Ziggy and Julian, the evening’s presentation was reminiscent of Marley Magic of yesteryear, a memorable and nostalgic event which paid tribute to the king of reggae two decades ago.

To add nostalgia to the evening, a deejay remedied that missing link by spinning the matriarch’s “One Draw” marijuana endorsement song during a break.

Spotted in the crowd were actors Harry Belafonte, Leon, Don Green, co-founder of Reggae Sunsplash (which headlined Bob Marley and Stevie Wonder in the 70s) and a number of celebrated Jamaican fans who travelled up from the island to help light a fuse to “Catch A Fire.”

Although unpredicted showers rained buckets of water on the outdoor crowds, none of it seemed to dampen the spirits of patrons.