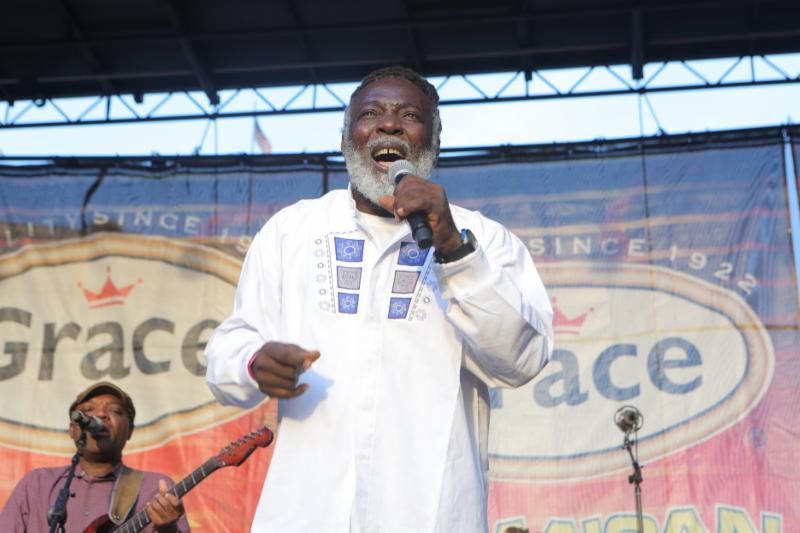 On a perfect day, without even a menacing cloud in sight, some 7,000 patrons descended on Pennsylvania Avenue, downtown Washington, for the inaugural Grace Jamaican Jerk Festival DC. The event made an impressive debut, exceeding the expectations of many, who expressed satisfaction and joy to have such a major festival celebrating Caribbean-American Heritage Month in the nation’s capital.

Festival producers were extremely pleased with such a remarkable outpouring of support from the community for their initial presentation in DC. “We are so happy to bring the Grace Jamaican Jerk Festival to Washington, DC and look forward to making it bigger and better next year”, said Eddy Edwards, CEO of Jamaican Jerk Festival USA, Inc. “Our partnership with the Institute for Caribbean Studies will continue to grow as we solidify the Festival’s position as a major event celebrating Caribbean Heritage Month in Washington.”

Food Vendors were hard pressed to keep up with demand as lines snaked from their booths. Patrons feasted on a variety of jerk cuisine and other Caribbean delights as they roam, enjoying the offerings of sponsors and corporate participants.  Arts and Crafts vendors also did brisk business offering a variety of cultural wear, CDs and collectables.

Another popular feature of the festival was the VP Records Exhibit entitled “Musical Journey” which showcased rare reggae artifacts and memorabilia chronicling the history of Jamaican music from its humble beginnings to worldwide popularity. Miss Patricia Chin, Founder of VP Records happily engaged with patrons, taking photographs with many who expressed their appreciation.

Event coordinator, Richard Lue beamed with pride and was satisfied with the result of months of planning and the execution by the team.  “Our NY and Florida teams work tirelessly and pour their hearts and souls into making our festivals the best experience for attendees.  DC can expect an improved event next year as we build on the success of this year’s festival,” commented Lue.

The Grace Jamaican Jerk Festival, DC is presented by the Institute of Caribbean Studies and produced by Jamaican Jerk Festival NY, LLC with support from the Mayor’s Advisory Commission on Caribbean Community Affairs (MACCCA) in association with VP Records. Sponsors are The Jamaica Tourist Board, Digicel, Jamaicans.com and Ablazin Radio.