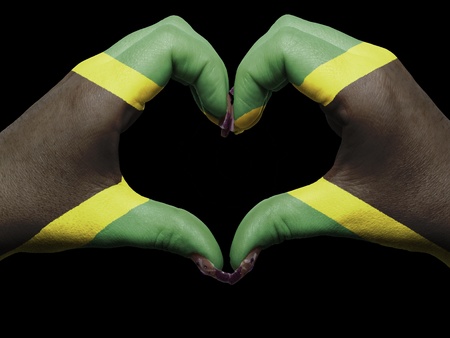 Last week I sat in a hair salon near Half Way Tree in Jamaica listening to the shop owner vehemently disparage America and all its shortcomings. She had visited around six “states” including Miami, Jacksonville and Orlando, and she could guarantee that 98% of people in America smoked! Plus, they only had manners to white people. Some of the folks in the shop laughed with her, but many including myself were laughing at her.

I went home to Jamaica on this recent trip to consult on the redesign of a friend’s gourmet patisserie storefront. I hadn’t been home in just over two years. As always, the food was awesome. Fresh produce grown without the corruption of GMOs and unnatural fertilizers does something so special for basic flavors. But interactions like the one I was overhearing in that small, nicely appointed hair salon, are part of the reason I can’t see myself going back for more than a visit.

Many of my countrymen and women are severely culturally insulated. Yes, we see everything from everywhere in the world on television, and some of us have gone and experienced the wider world in person. But the stories we’ve heard about all things “other” being either demeaning or unholy cause many of us to have already made up our negative minds before ever giving new experiences the benefit of the doubt.

My own friend talked about living in another country and knowing other Jamaicans there who were well educated, but who believed for example, that if you played secular music backwards, you could hear messages of praise to satan. As exposed to first world lifestyles and technologies as we are on the island, there is a fear-everything-that-we-aren’t-used-to way of thinking that makes the fresh air seem claustrophobic to a free-thinker.

I’ve come to realize that although I am a proud child of the land, the ties that bind me to it don’t bind me to every facet of the national consciousness. I love Jamaica, but this visit has reinforced that although I’ll always call it “home” I don’t know that it can ever really be home again.