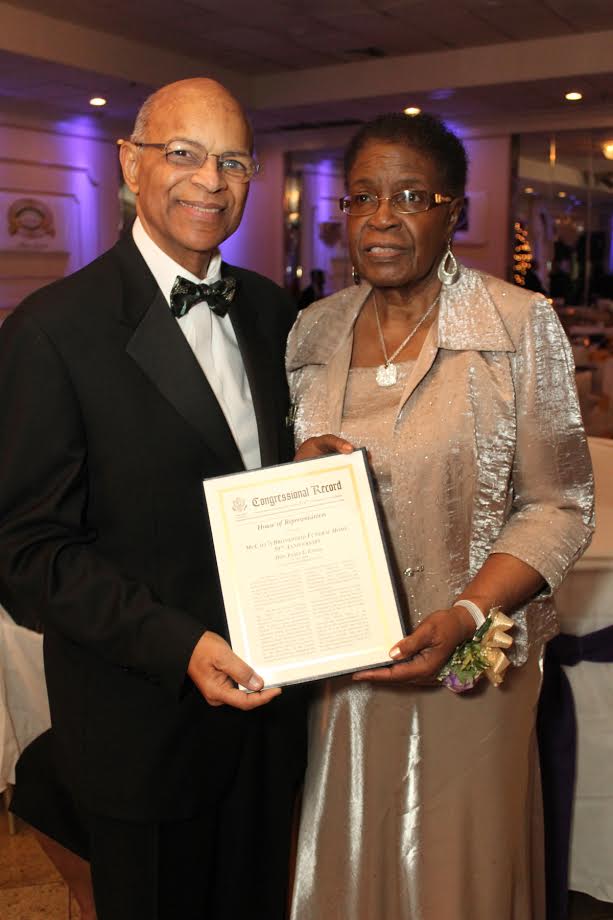 “As the procession started marching in, Graduate and Professional Schools leading, and as I stood by the side of the road that traversed the campus, a Cadillac limousine rolls up beside me and rolls down its windows – my parents, uncle, great aunt and Mrs. Brisbane are the passengers. I hand them all the tickets and sprint off barely catching the end of the procession.

Where had they been and why were they late?”

This of course marked the beginning of the legacy of three entrepreneurs who established McCall’s Bronxwood Funeral Home fifty years ago and of which James Alston, Esq. is now the sole beneficiary and CEO. Jim, as he’s more fondly known, was the young lawyer that was there for the “laying of the keel and the launching of the ship”. 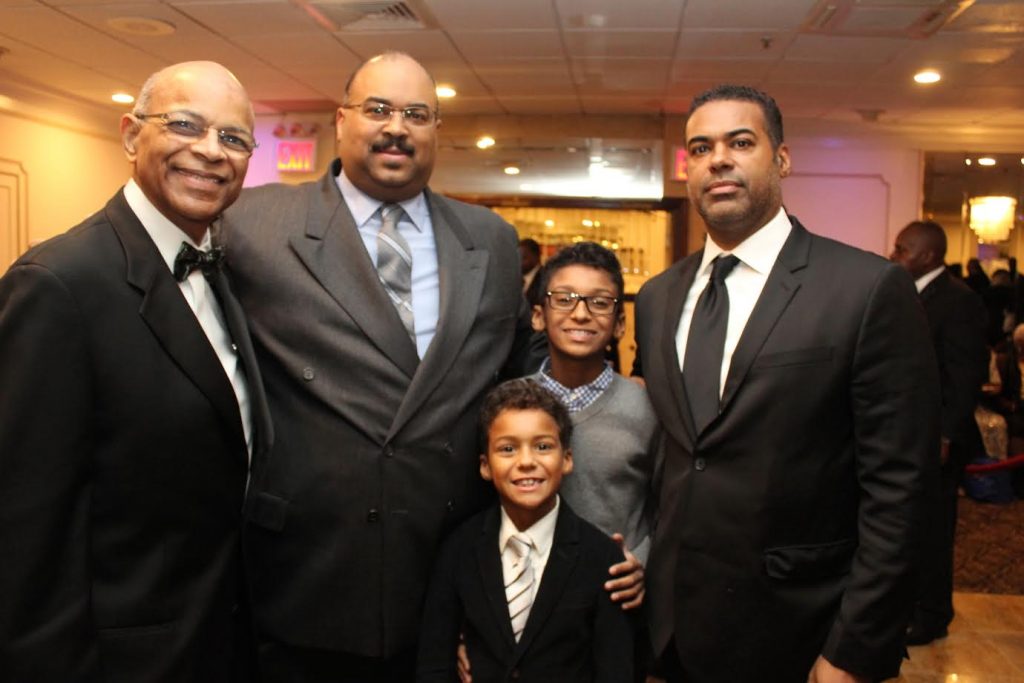 A winter wonderland of polar-white and bright, yellow-gold decorations bedazzled the entryway of Eastwood Manor catering Hall on cool December 10, 2016 denoting the Golden Jubilee celebration of McCall’s Bronxwood Funeral Home. The blasting winds on the outside did not deter the eager flow of distinctively dressed and stylish attendees who arrived and were baptized by the warmth of friendly greetings and re-associations and a definitive change in temperature. Folks hung their coats but clung tightly to their unwrapped toys that were to be placed under the tinsel glittered Christmas tree, lit with what appeared to be flickering polished glass. 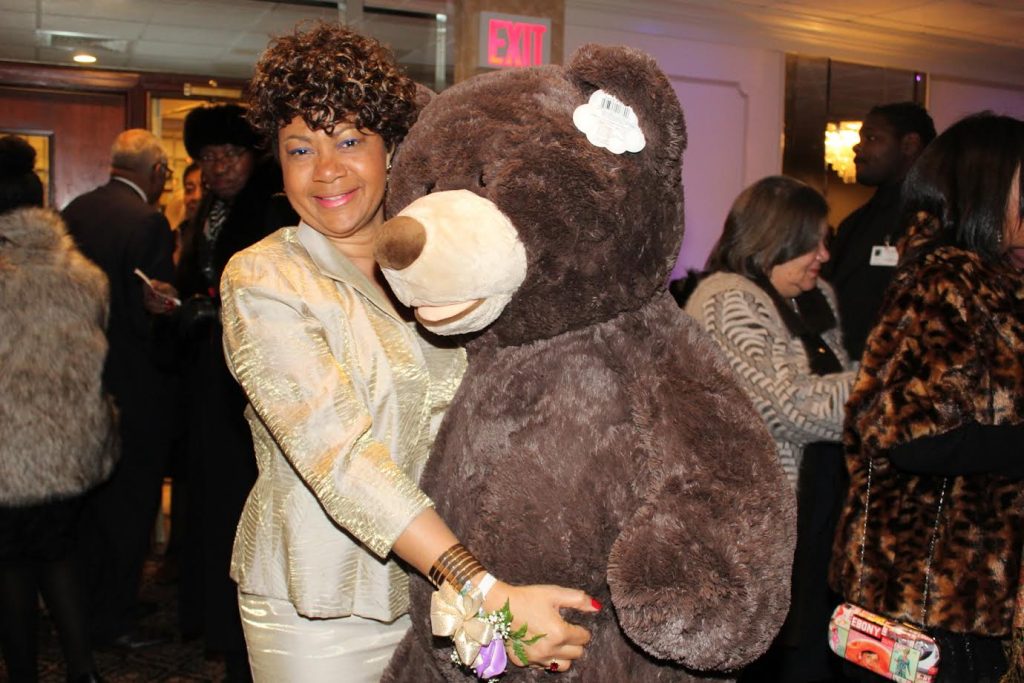 One of the toys to be placed under the Christmas tree

Excitement and exhilaration filled the air as Gold, Silver and Bronze Sponsors, ministers, politicians, merchants and supporters on every level ready to celebrate McCall’s Bronxwood’s momentous milestone, snaked in line to be admitted to the Cocktail hour filled with the rhythmic sounds of the City South Steel Orchestra – a woman at the control beating the pan as though she wanted to reshape it but instead creating wholesome, joyous music; and carving stations overflowing with supremely flavored foods and drinks that delighted every waiting palate. 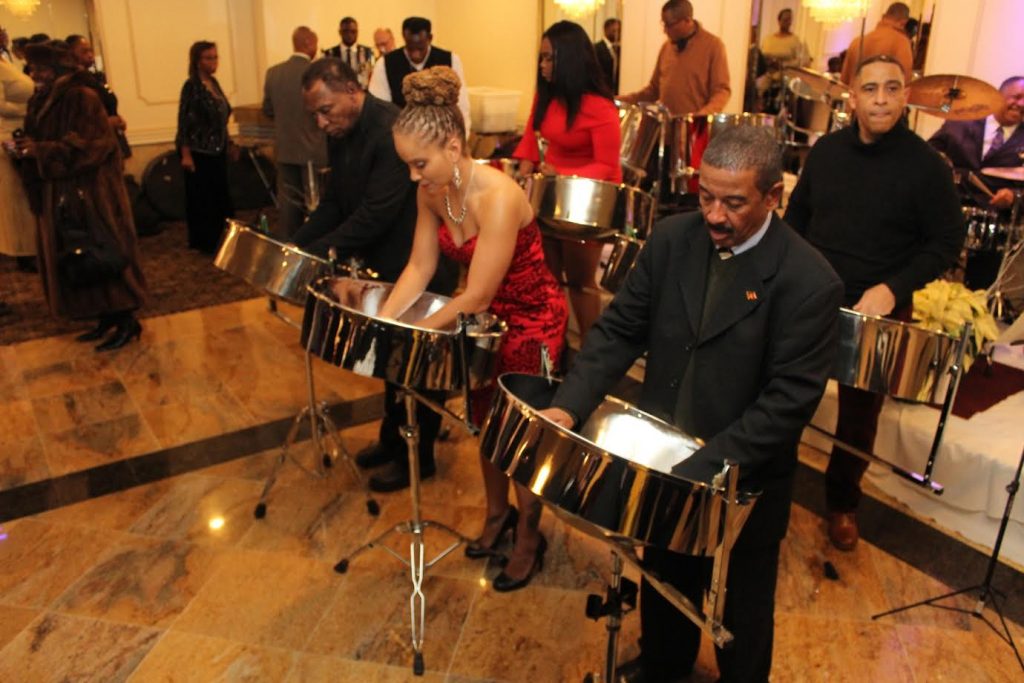 The Southern/Caribbean Table: Oxtails, Rice and Peas, Barbecued Ribs, Fried Chicken, Sweet Fried Plantains and Clams. The Seafood Station: Shrimp Cocktail, Crab Clams, Portioned, Whole Red Snapper. The Carving Station: Carved, Whole Pig, Turkey and Skirt Steak. The Pasta Station: Penne a la Vodka, Linguini and Garlic Oil, Tortellini Alfredo. The Wok Station with rainbow-orange flames that licked the sides of the wok and danced with joy and delight was as much celebration as those lined up for: Beef, Chicken, Shrimp and Chinese Vegetables. This menu was under the Gold Sponsorship of Matthews International Funeral Home Products.

Keepsake Journals kept the audience glued to the various sponsors and personal messages till dancing started and the official program continued in the main dining area, following the Cocktail Hour. A long time employee of McCall’s, Joan K. Battle, brought a warm welcome then Angie Bourelly and the On Point Band led in the singing of the Star Spangled Banner and Lift Every Voice and Sing. Patricia Myers, Manager, introduced the Master of Ceremony, Jeffrey Alston, son of James Alston who beckoned for Rev. Owens to bless the evening’s activities with an invocation. Later, Paige Kelly Francis performed a most beautifully choreographed dance tribute for the occasion and received a rousing applause. Once again Angie and her band ably and almost without effort, got people on the dance floor doing the electric slide, the Cupid shuffle and the wobble, just to name a few.

Mr. Alston received a Proclamation on behalf of Legislator Lyndon Williams of District 13 and the Westchester County Board of Legislators and the Proclamation declared December 20th as the McCall’s Bronxwood Day.

Jim also received from Congressman Eliot Engel, a copy of the page from the Congressional Record, which reflected that during proceedings of the 114th meeting of Congress in the 2nd Session of the United States House of Representatives, a brief history of McCall’s acknowledging the 50th Anniversary of the care and affordability of business and the pride of a grassroots business to grow and prosper within the Bronx, which is a part of the Congressman’s District, was now historically noted.

And then, the man of the hour, that same one that almost missed his graduation ceremony because of the final transactions being put together on the day of his graduation; the one that held down two or three jobs at a time while working in corporate America; that one whose faithfulness as a son to his earthly father’s business and who has given back to society on every level of education to schools, churches and civic organizations; the gentle-natured Mr. James H. Alston was introduced to bring us the message of the evening.

Florence Payne presents Mr. James H. Alston with a ‘Page from the Congressional Record’ from the office of Congressman Eliot Engel

A gentle hush cloaked the audience as they listened intently to every word that Jim spoke, so carefully and deliberately; so intently and with precise mention of dates and names. He began with “Oh, what a day this is…” and oh, what a day it was. The more than three hundred and fifty persons, including a centenarian, waited with baited breath for the next part of what Jim talked about, including “a constant flow of proverbs” on which he was raised.

“Curious what doors knowledge can open” Jim further observed. Continuous, curious silence. Mr. Alston has hosted free Christmas parties for 3-400 persons on an annual basis for the last eighteen years and this year he and a committee met and planned this event that unfolded after some five months.

James’ challenge, which no doubt we’ve heard so many times but somehow not with the same resonance, was that people really matter and that McCall’s/his good works were motivated by what can be done to improve our Collective situation. His conclusion: education is the only means of controlling the future of “The Village”. That’s why McCall’s Bronxwood has devoted so much of its attention and resources to support so many scholarship programs and why to honor this 50th anniversary McCall’s Bronxwood is pledging $50,000 to five local students graduating in the class of 2017 to help finance their undergraduate careers.

Jim closed with a few lines from The Dash Poem by Linda Ellis:

“… for it matters not how much we own; the cars, the house, the cash

So, when your eulogy is being read with your life’s actions to rehash

Would you be proud of the things they say about how you spent your dash?”

Many Thanks for having uplifted so many lives over these fifty years. Congratulations and Best Wishes on your Golden Jubilee Celebration.
We salute you and bless the staff of McCall’s Bronxwood Funeral Home. 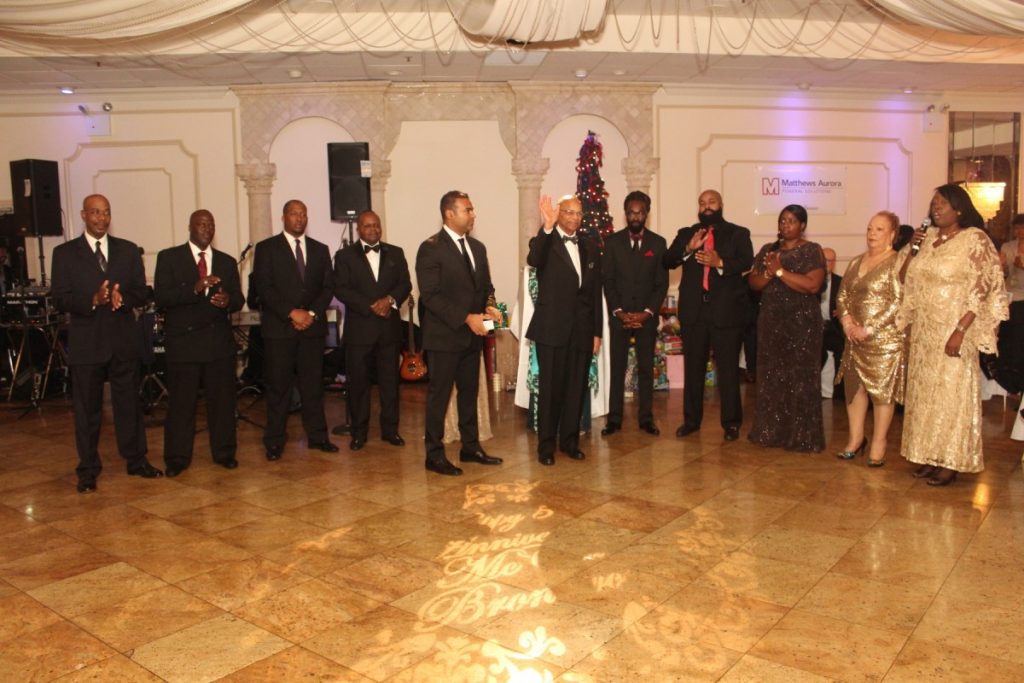